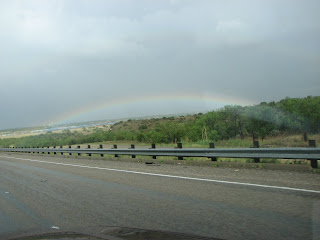 Started the day in Longview Eastern Texas with a chase target of Little Rock. After having lunch there one Supercell to get really interesting, just South of Little Rock we observed a Solid Rotating Wall Cloud and almost took a direct hit from a Cg strike (Video Clip attached) This storm rapidly went Tornado warned so we took off south to Pine Bluff and then caught back up with it east of the River just West of Stuttgart. It was here that a huge Blue Cone Tornado (EF3) Crossed the road in front of us and devastated the south side of Stuttgart. Most of the south side was severely damaged, we stayed the night in the Super 8 that eventually restored power from generators.
Big lack of Pictures today as it was pretty grungy and the temp/dewpoints were pretty close.