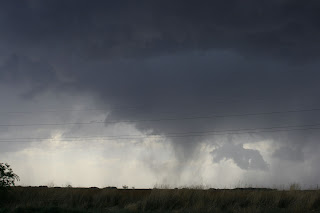 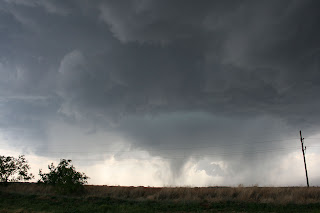 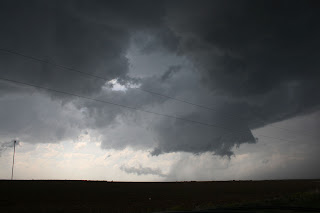 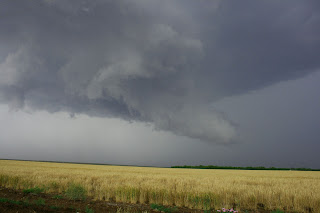 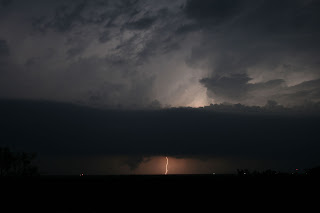 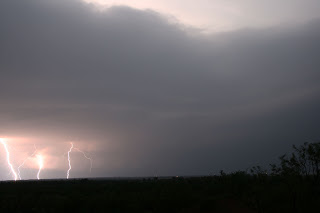 Started the day in Clinton (Ok) with a lunch target of Vernon (NW Tx) Temps were 90f with Dewpoints of 75f so pretty juicy. Once again insane Cape of 6,000jkg and a Moderate Risk for Severe Storms. The 1st storm went up about 50 miles to our SW Near Benjamin so us and everyone else waiting in the parking lot headed in that Direction. Steered the team down the eastern side of the Supercell and dodged the Baseball sized Hailstones as we got right under the base of the Storm, once again SE Storm motions would mean this Supercell would Chase us South. Near to Rule (Tx) the Storm tightened up enough for a brief Spin Up and Tornado Touchdown, Seeing as this was once again the only storm of the day everyone and their dog were on this storm and Parking along the road was at a premium with the TIV / TVN & Everyone else out chasing this Storm. Once the Storm crossed the boundary it promptly died, later in the day we headed back west to be just North of Abilene for some Dryline Storms and Lightning opps, the storm we were watching near Shackleford County became Tornado warned and one of our group might have captured a brief Tornado with this Storm as well. All in all a decent day and spent the night at Abilene (Tx)
Pic 1 & 2 - Developing Tornado (Rule Tx)
Pic 3 & 4 - Wall Cloud
Pic 5 & 6 - Shackleford County Lightning Pics