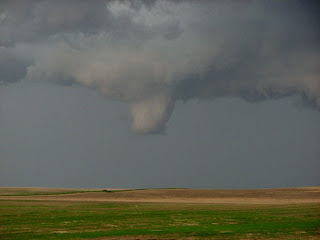 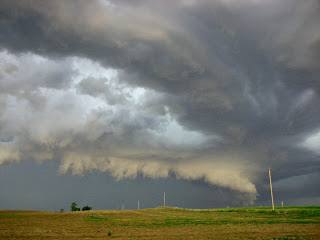 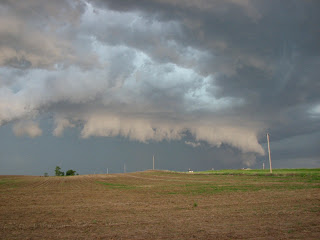 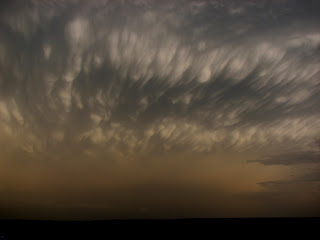 We had high hopes for today with a dual threat of South Dakota or Nebraska. We started the day from Denver (Co) early and myself and Tony Gilbert hooked up with Dave Ewoldt near to Valentine (Ne) for lunch. One storm which had fired on the Wyoming foothills started to trundle towards the Badlands National Park in South Dakota. We initially discounted this storm but it soon became the real deal and put a Landspout Tornado down about 40 Miles to our West. By the time we had reached Murdo on the I-90 And started to head South and West to intercept it had already started to go down hill, saw some nice Gustnadoes and a few funnel clouds but blew this storm off later on to target the 2nd risk of the day (Namely the Nebraska risk) which was steadily moving towards us from the South. Got some nice Mammatus pictures of the storms from the Western side but that was all.
Pic 1 - Knub Funnel Cloud
Pic 2 & 3 - Storm starting to Gust Out
Pic 4 - Mammatus from Nebraska Storms