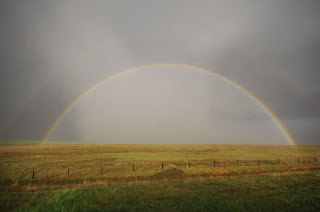 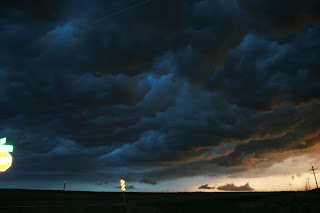 Today was another tough day, we got onto the early Elk City Supercell which had splitting issues and promptly died when it was moving into a better environment, after that headed north into South West Kansas and tried to follow a Supercell which literally took off at 60mph, was thinking about the next move when another Storm went up 50 miles west of us on the retreating dryline, this again promptly died, whilst moving towards Dodge City another Storm initiated, as we neared a great looking LP Supercell showed itself, played with the Hail on this and then core punched back through to the eastern side for some sunset shots, got more than we bargained for when a brief tornadic spin up occured literally over our heads just west of Great Bend (Kansas) ended the day shooting some lightning pictures and lovely colours on the gust front.
Posted by Paul at Thursday, June 02, 2011