After looking at various models today looked like the North West of the state looked decent for daytime Storms and the evening and overnight in the Phoenix area, so we left at Midday and went North West to grab some lunch in Wickenburg, Storms started to erupt and we intercepted a decent Storm just North of Wickenburg, this showed some really nice structure and tried to get briefly organised before raining itself out pretty quickly. 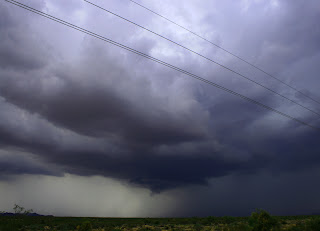 More decent looking storms were showing up further North up Highway 89 towards Prescott so we pushed on along the scenic route towards this location, you can really see how the Monsoon storm was raining itself out in the next picture taken from just south of Peeples Valley. 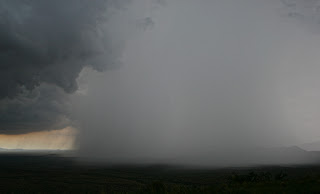 Storms were now starting to wane around 6pm so we decided now was the time to head back South towards the Phoenix Metro area and grab some dinner, knowing that an ejecting Shortwave Trough was approaching from Southern California we had some time before Storms would start approaching the Metro area so went back to the Hotel to load up the Camera gear and head out again, this time we went west along Interstate 10 towards Buckeye and watched the forward edge of the now MCS Approach, Lightning photography was very hard due to the tropical nature of the rainfall. But we all managed to get something decent Cg wise. 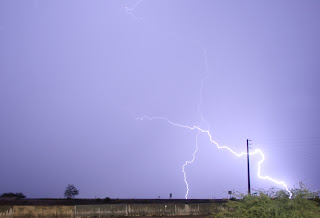 We then had to bust back through the core and get back to our Hotel in Scottsdale to sample round 2 of the now Severe Storm impacting the Phoenix downtown area, as the storm approached some insane Cg bolts were raining down around the hotel with instant gunshot thunder, strong thunderstorm winds around 30-40mph also hit our hotel. 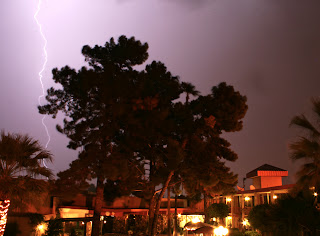 All in all not a bad first day if a little frustrating at the lack of daytime Lightning action, here hoping the heat builds and gives us some proper monsoon storms over the next 9 days with little rainfall to scupper the photography.
Posted by Paul at Thursday, August 23, 2012