Day 3 Started with another risk of Non Severe type Thunderstorms to today because the Models were hinting at the Mogollan Rim firing up we went on an early journey to Sedona to see the stunning scenery up there, after a lunch we started the journey back always knowing that storms should start to form near the Rim around the Verde Valley area. Around 5pm those all too familiar small bases started to form and a few storms went up around the Sunset Point area, 1 of these was very nice viewed from the West with a little partial rainbow into the mix, probably one of the smallest monsoon storms i have ever seen. 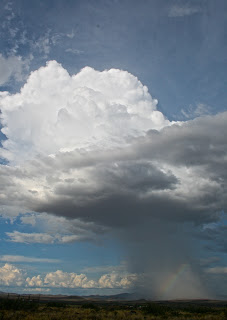 All the while this was going on I had an eye on developments between Safford and Payson which was forming a line and just at the right time as well. I decided to take the quick route down towards these storms and calculated we could intercept them just before sunset from the south viewing to the north. After taking Interstate 17 south and then the 101 Link road we finally arrived in Fountain Hills at 645pm and got into position to let these storms run SE -NW Right in front of us, luckily they sustained long enough for us to shoot some very nice Lightning to our North. Finally our 2013 Night-Time lightning had paid off on this trip. We also met a few other photographers in this spot and it was great to make even more friends from the storm chasing world in Arizona. 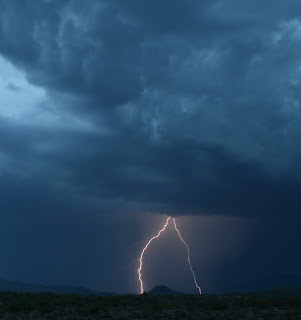