Started the day in Lamar (Co) with a chase target of Hobbs to Carlsbad (NM) Had lunch in Hereford (Tx) and went west on Highway 62 further into New Mexico, Storms were still on the Santa Cristo Mountain range and were reluctant to move into the better 60f Dewpoints on the flatter plains to the east, we went south from Roswell and stopped about 15 miles NW Of Carlsbad to be greeted by a stunning LP Supercell. 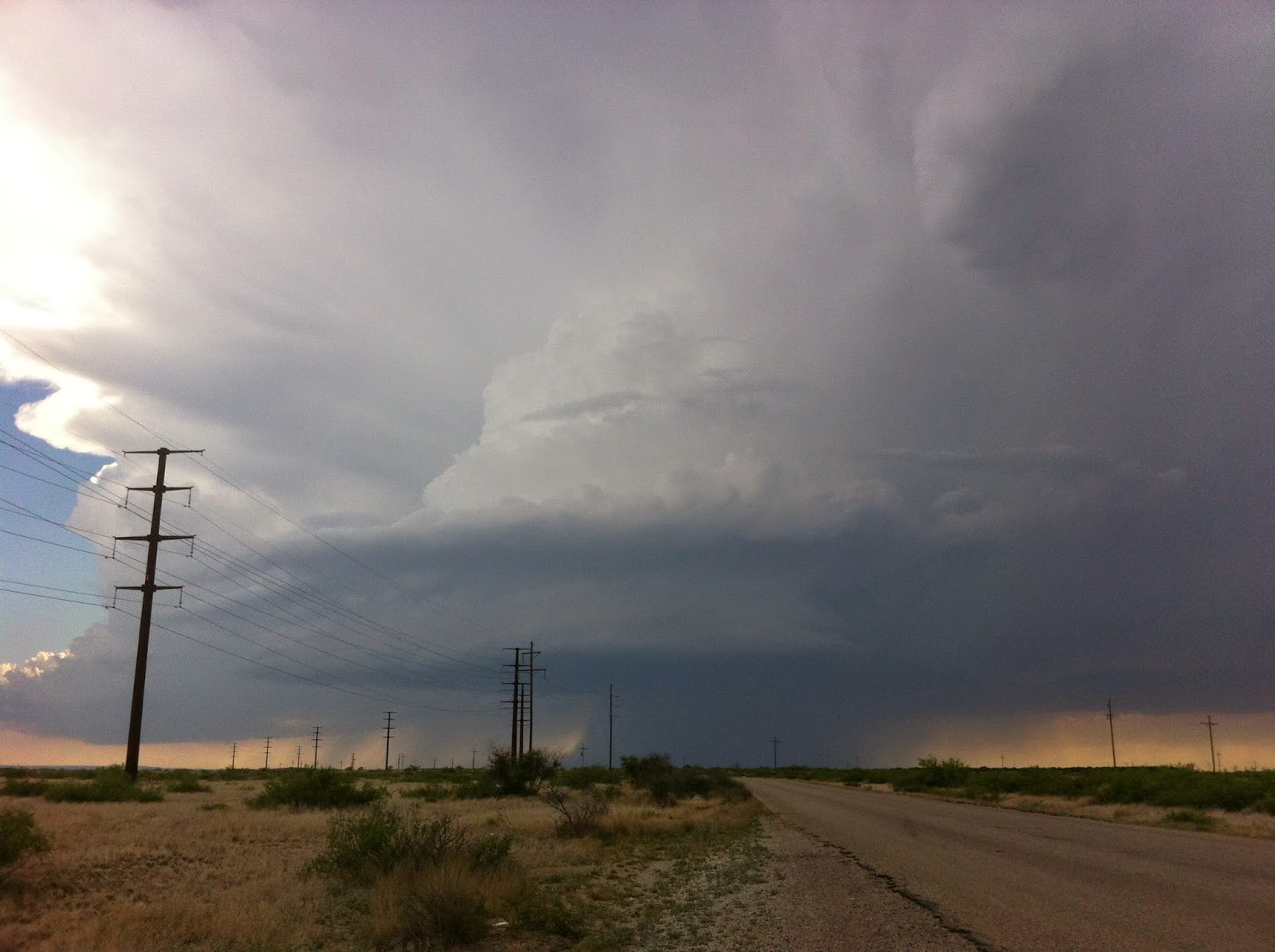 Our first chase of the season in New Mexico was turning out into a belter, the LP Supercell above now with 60kt foot tops moved to our North only to be replaced by another stunning LP Supercell to it's immediate South West, we moved another 5 miles south to get SE Of this storm also noting a HP Tornado warned Supercell that was hurtling straight North out of the Texas Big Bend area straight at us, this storm was riding the strong 500mb 60kt flow which is why it was behaving differently to our east moving LP Storms. 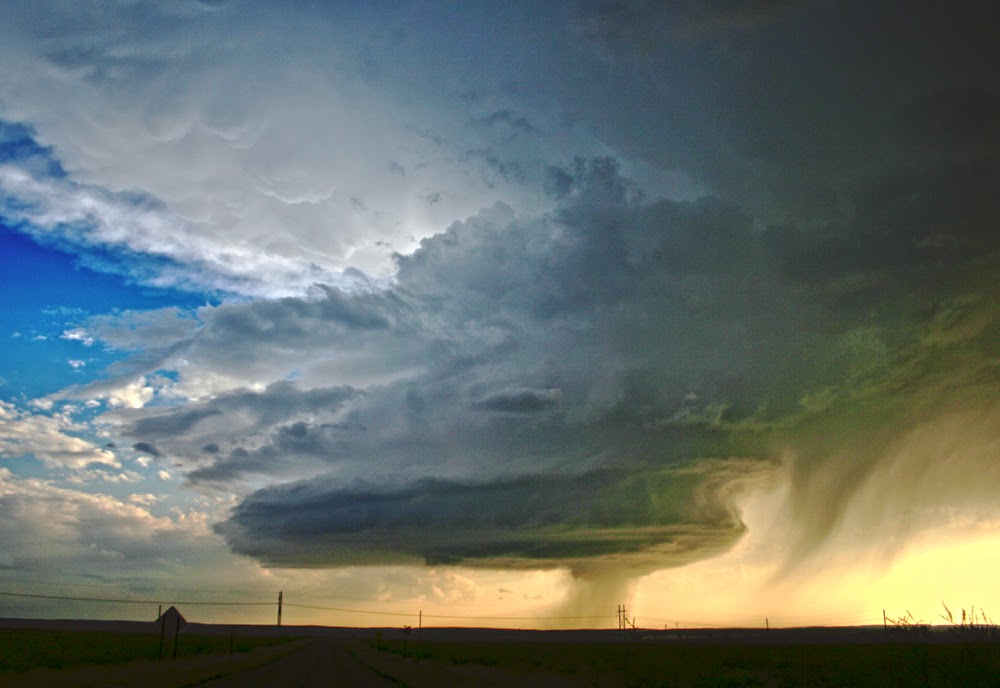 We followed both storms to the Carlsbad area where we checked into a hotel for the night, the storms congealed into an MCS And headed off eastwards. The remainder of the evening saw us getting something to eat and await further development of training storms which were forming along the retreating dryline. These gave us about 5 hours of continous lightning and sporadic hail. Roswell in fact recorded it's largest ever rainfall in a single day from these training storms with 5.72" of rainfall received in a 24 hour Period. 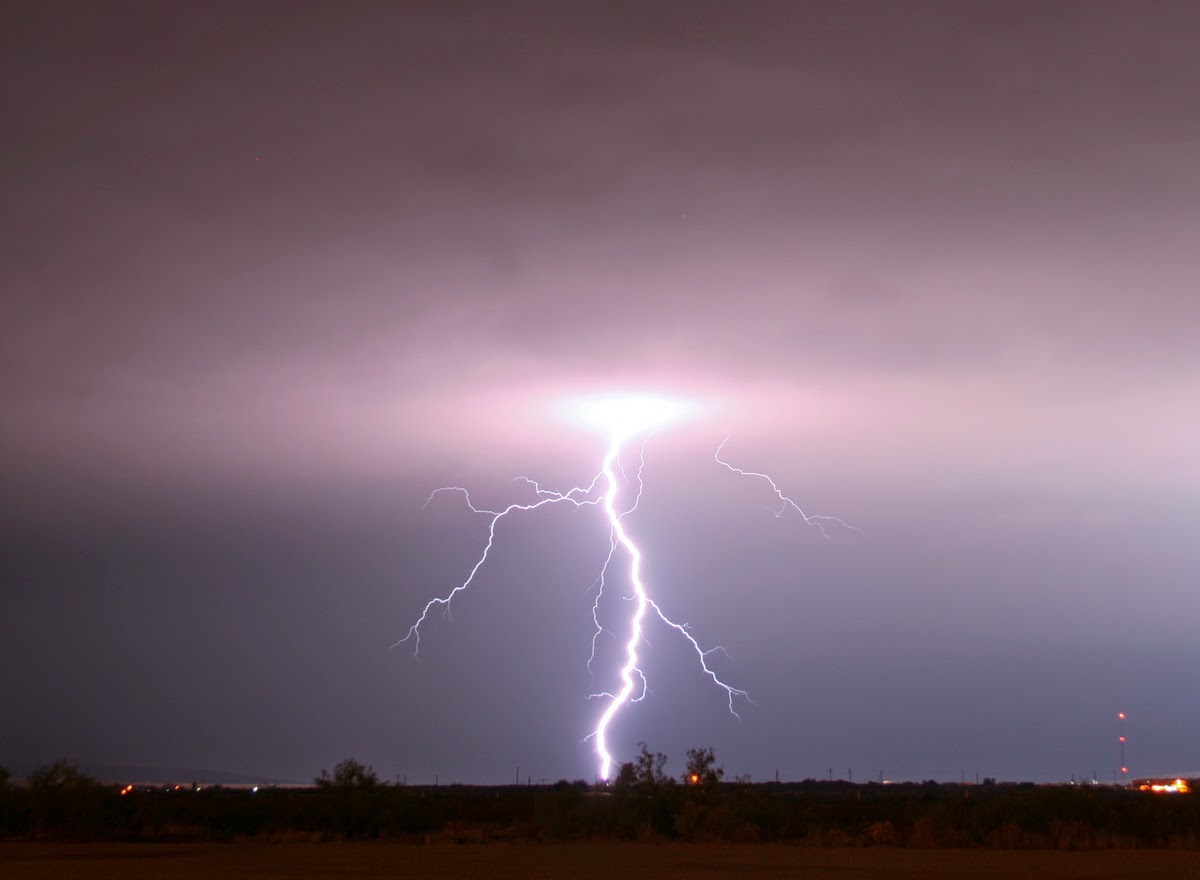