Started this day in St Joseph (Missouri) and with convection already ongoing today was going to be messy but if we could get ahead of the eastwards advancing line then something could get interesting. We headed North on I-35 And then east towards Hannibel and picked off a nice storm that was becoming surface based which was heading North East towards the Missouri and Iowa state line just west of Davenport. This Storm started throwing out some great Cg Lightning with booming thunder which was much more audible than normal due to lack of surface winds. 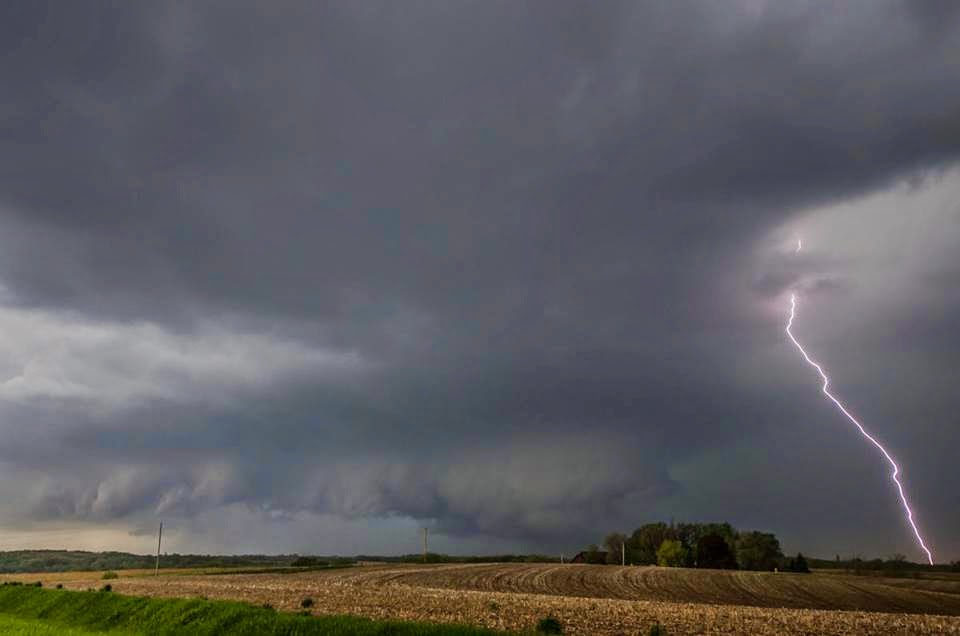 The Storm above was also now starting to transition into an Outflow Dominant HP Supercell with notable Gust Front forming. We crossed into Iowa and followed this storm across the Mississippi into Illinois which was a first for me in 11 years of chasing, the chase terrain was beautiful though rivalling parts of the Texas Panhandle. Knowing this storm was going to be a big old rain/hail/wind producing HP We blasted to Galesburg for lodgings for the night and let the now line of storms catch us at the hotel and were treated to some small hail and very close Cg Lightning bolts.