After finishing the previous day in Cheyenne today's risk had downgraded to a See Text across the Nebraska Panhandle, but today was a case in point to always chase whatever risk is put in front of you because you never know how the day will play out and you could be pleasantly surprised by what happens. We got onto one of the first storms of the day near Torrington which formed off the Laramie Divide, this gave some very small hail and a few rumbles of thunder, after watching it head off North East to the North of Scottsbluff and promptly dying out the next few in the line did exactly the same, so the See Text Risk pretty much playing out as the forecasters and models expected. Around this time I noted 62f temps with 41f Dewpoints and the wind out of the North, pretty much nearly day over at 530pm Mountain Time. But we carried on and stopped near Chimney Rock for some pictures of yet another storm trying to form and head towards us, this time I noted the storms were on a much more easterly trajectory and also a line of cumulus to my south east in clear air.

We repositioned to Bridgeport to fill the cars up with Petrol and have a Toilet break, in the time we did this and drove out south from the garage forecourt the sight to our west made us all gasp, one of the scottsbluff storms had turned into a stunning little LP Spaceship and went severe at the same time after hitting an outflow boundary. Moisture was also increasing with low 50's now being recorded locally, things were certainly looking up now. There were 3 cells lined up now, you can see the 2nd Identical LP In the picture below, but my attentions were turned to the best looking cell of the lot 3rd in line which already looked like a Classic Supercell from some way off.

I then drove us another 20 miles or so south to be just north of Kimball and await the Supercells approach, now it was Nebraska's turn to show off with some great structure. We watched this storm approach for the next 90 minutes whilst this was happening our original LP Storm had now hit the SW-NE Boundary further east and now gone tornado warned. Our decision now was to split the two Supercells along I80 And shoot lightning in the darkness before headng to Ogallalla for the night. All in all a great days chasing which delivered some great storms. 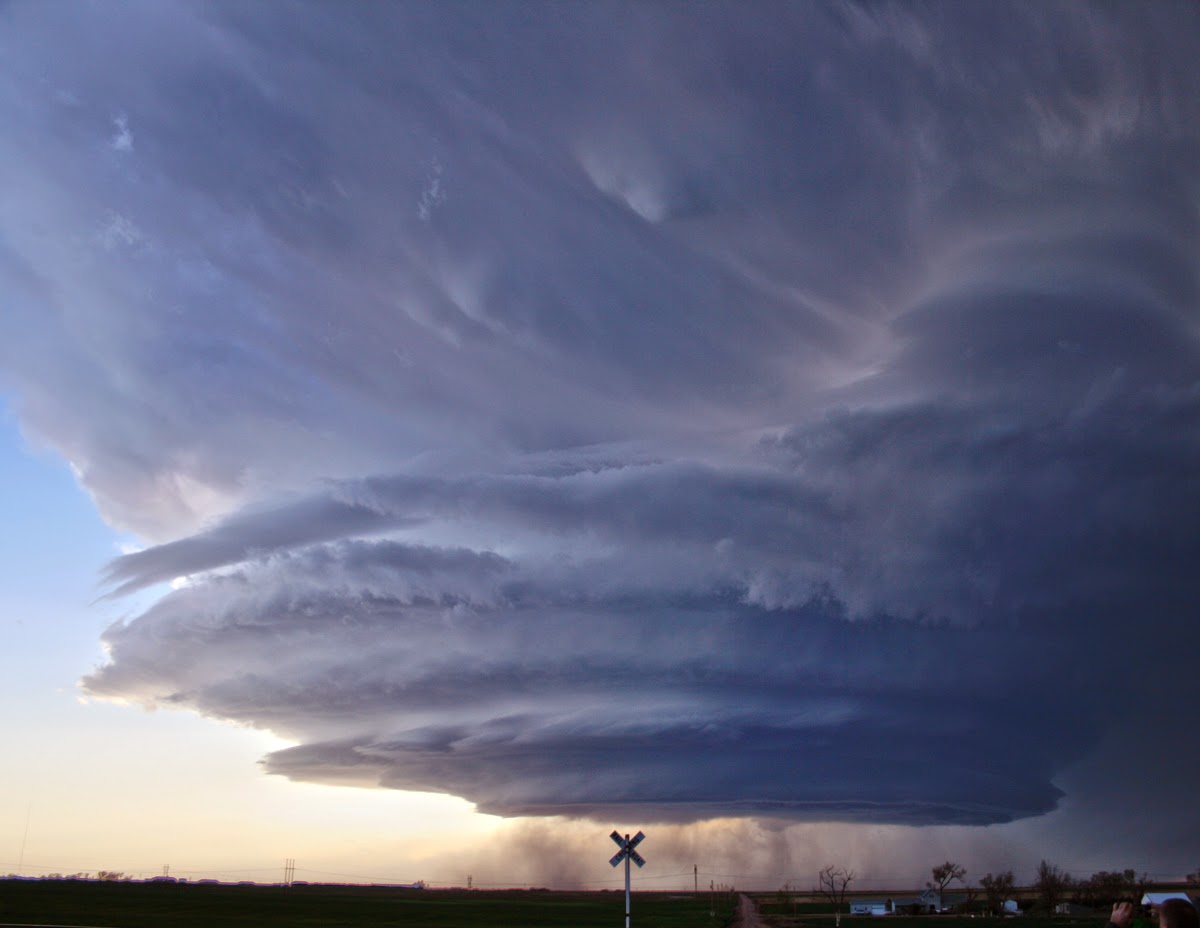 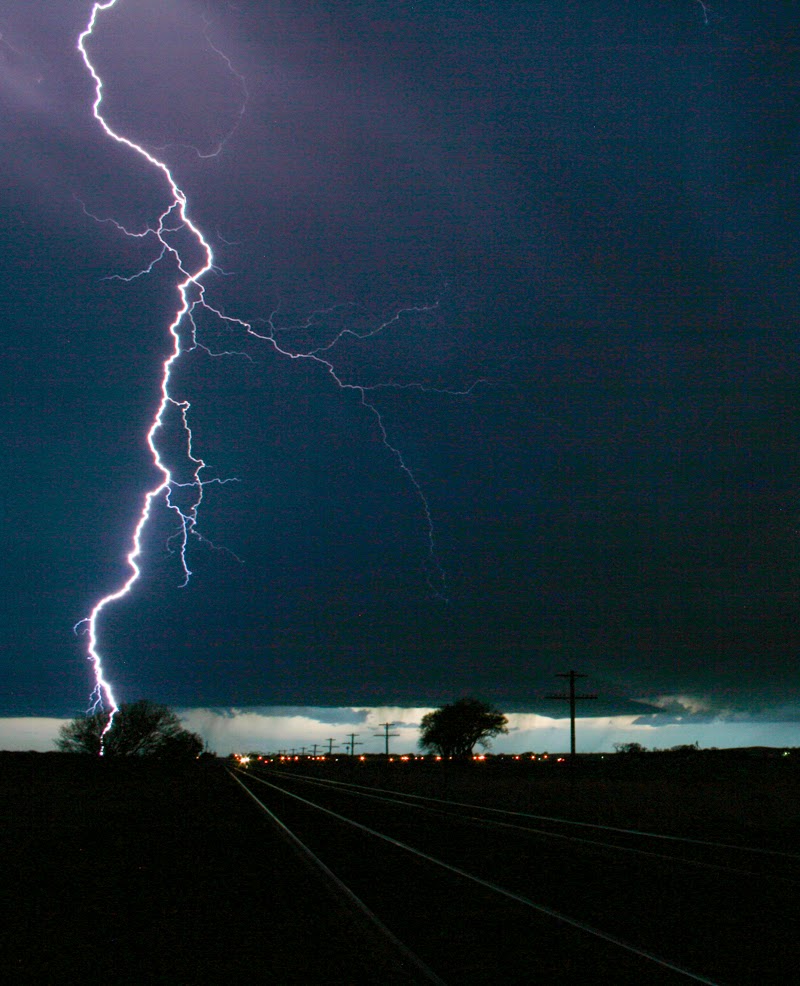 Above :- Cg's were raining down from this storm to our west near Ogallalla.
Posted by Paul at Wednesday, July 02, 2014