Started the day in Watertown and had a broad target are of around the Pierre area in Central South Dakota. Storms would fire on an SW-NE Cold Front today in broken line segments so the plan was to get on them early and hope they could stay semi discrete before lining out later in the afternoon.

It wasnt long before our target storm was coming into view to our North-West north of Pierre, this storm was initially moving North-East towards the North Dakota border but soon turned right (east) and got tornado warned. The first glimpse of the Supercell showed us a very nice Classic Supercell with non rotating wall-cloud. We stopped and shot some pictures and then re-located east to the town of Bowdle. After this more storms started to fire and our storm went very outflow dominant, we pressed on east to Ipswich and then south towards Redfield, by now numerous storms had erupted in South-West South Dakota and everything was very messy, we took the decision to ride a few of the storms out before heading south to Mitchell for the night, just before nightfall one of the storms became tornado warned and we had tornado sirens blaring away in the farming community of Orient, we shot south to outrun the storm trying to get a glimpse back into the base but by now these storms were way to heavily laden with precip so any circulation would be rain wrapped.

Travel day on the 22nd before the last few days of action in the Colorado/Wyoming areas.

Picture of the Supercell looming over Bowdle Below. 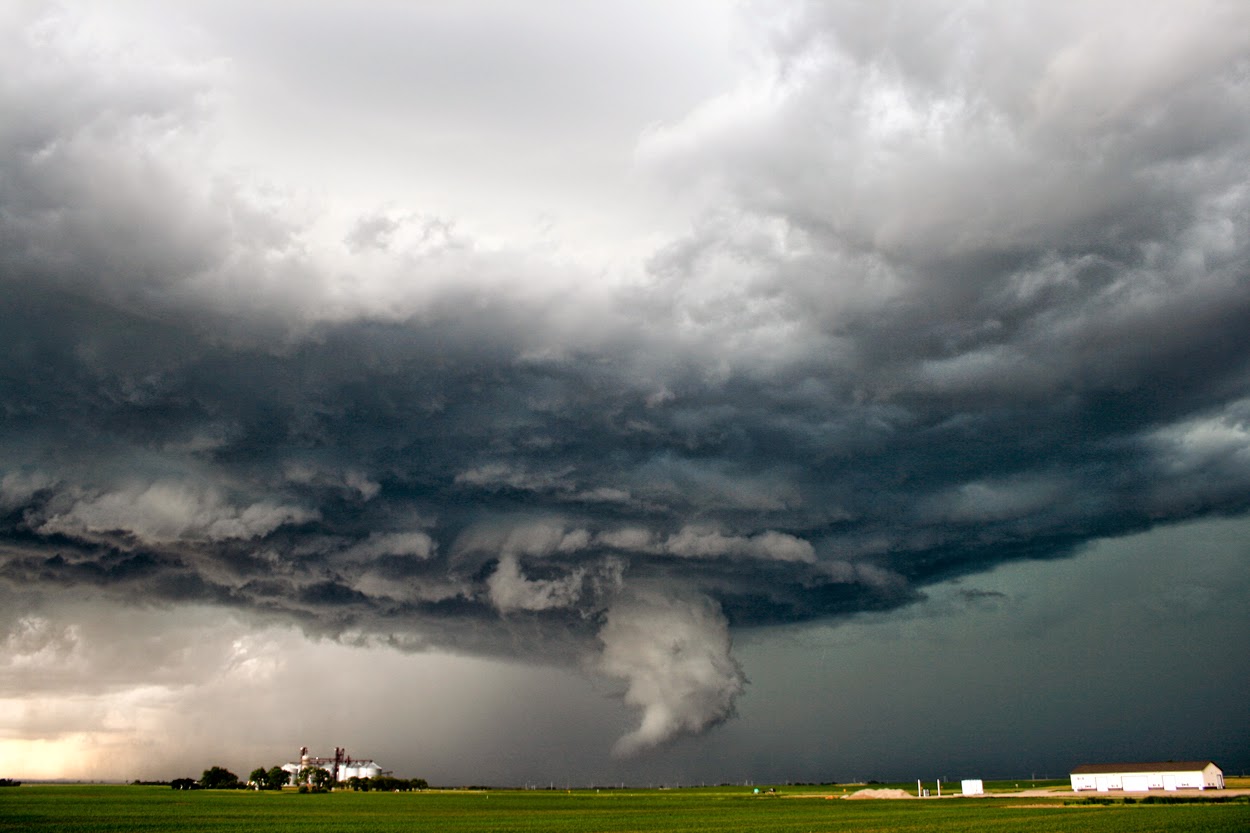