Started this day in Carlsbad with a broad slight risk area over West Texas and Oklahoma, we chose to chase the West Texas set-up, Storms fired very early on a stationery boundary near the Midland area, it took us a while to commit to these storms as forecast models and parameters were also showing new development possible further west later that afternoon. In the end at around 5pm we commited to the now SE Moving line of broken Supercells, these were all very outflow dominant HP Storms so approaching from the west needed caution with 3-4" hail being reported. Along Interstate 10 we were fortunate enough to have 2 of the storms part ways for us to get ahead and stopped in the town of Sheffield. Picture below shows the Sheffied Shelfie! 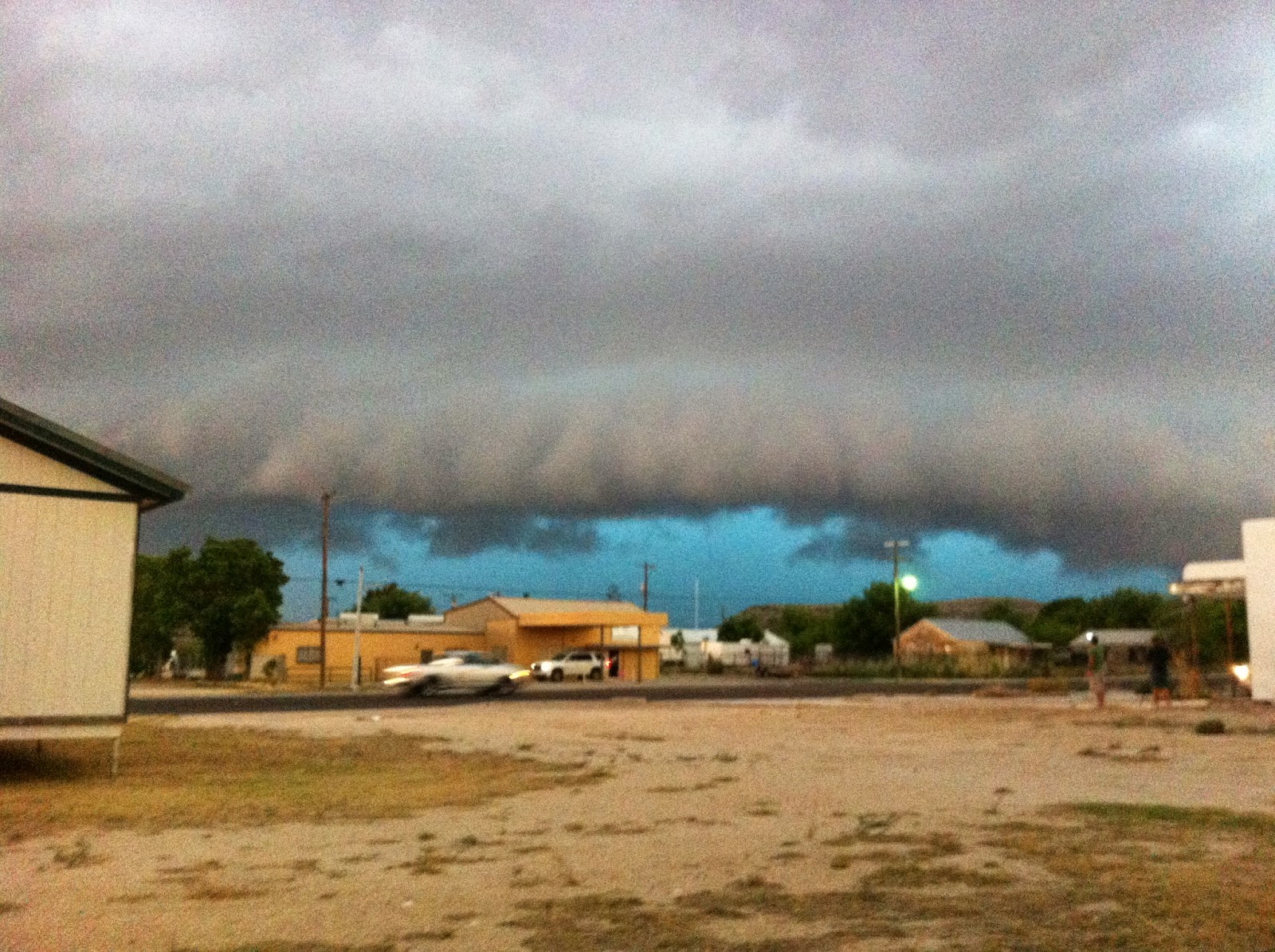 After this we punched back through the core and ended the day in Sonora where we awaited further developing storms out towards the Mexican Border. Everyone was awoken at 345am by an intense Bow Echo that slammed the Hotel with amazing wind speeds and frequent lightning, at times it must have resembled a war zone with constant thunder, lightning and horizontal rain.
Video of Sonora Bow Echo :- http://forum.netweather.tv/topic/80632-bits-and-pieces-chase-trip-2014/#entry2993607