Today's chase was one of the best of the year in terms of structure and a first for me seeing my first ever tornado in New Mexico.

We started off in Dumas after a disappoining chase day on Friday constantly core punching HP Tornado warned storms in the Texas and Oklahoma Panhandle with not a lot to show for our efforts.
After having a lunch in Clovis we sat in between 2 areas of interest, the first an upslope play in the plans of New Mexico and the 2nd a stationery boundary in the Texas Panhandle that would fire storms between Planview and Lubbock and see Storms heading off the Caprock. Ordinarily I would favour the Caprock and after endless rains and 20 inches of water the last few weeks I was sorely tempted I must admit, both areas were covered by a 10% Tornado Risk area. In the end I opted for the Western Target and started heading towards Roswell towards a pair of Supercells that were just getting ready to leave the mountains and get into the better moisture, I could not have believed what happened in the next few hours would be believable in New Mexico, with incredible Structure that hardy any camera in the world could get into frame, an amazing pancake stack Supercell. 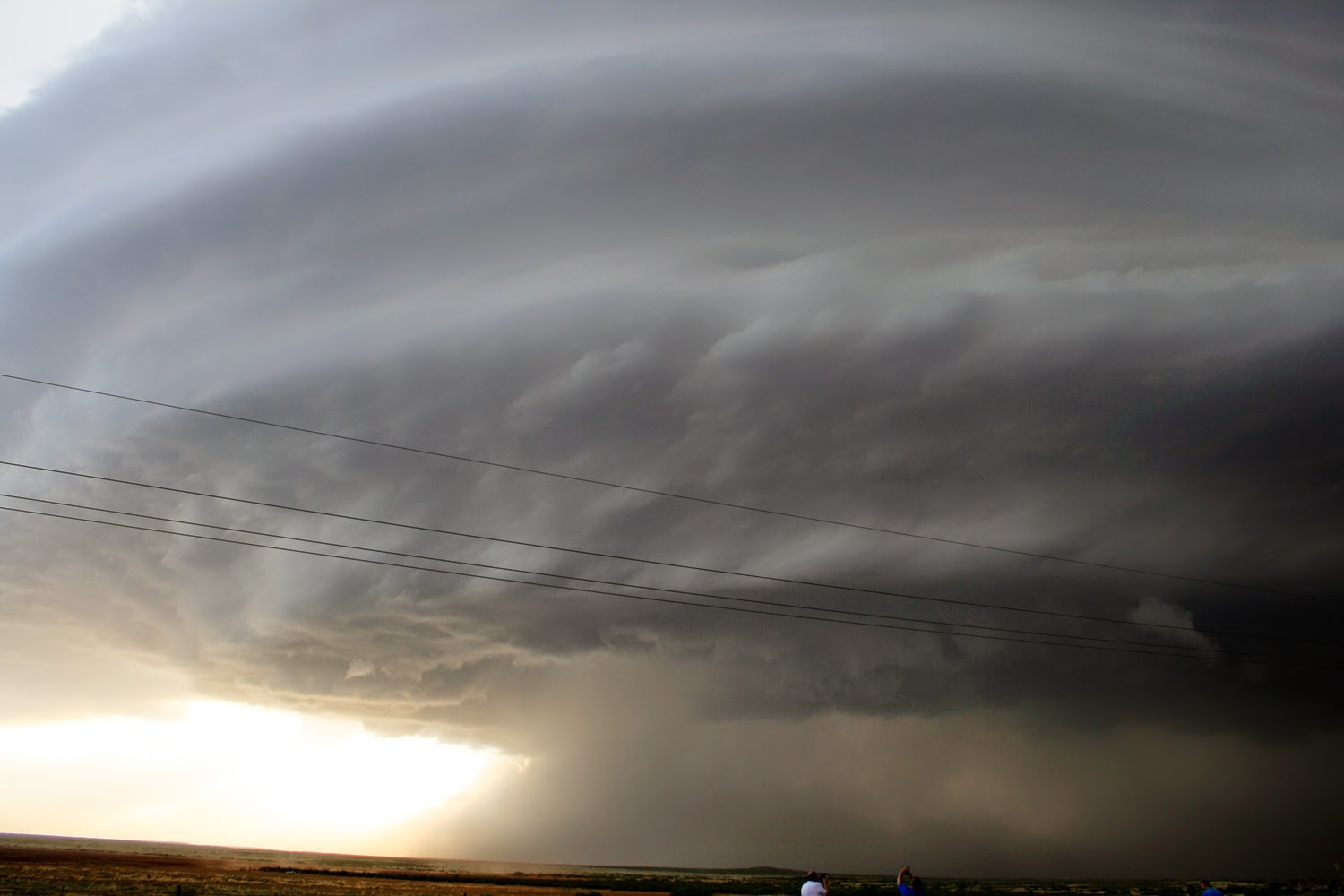 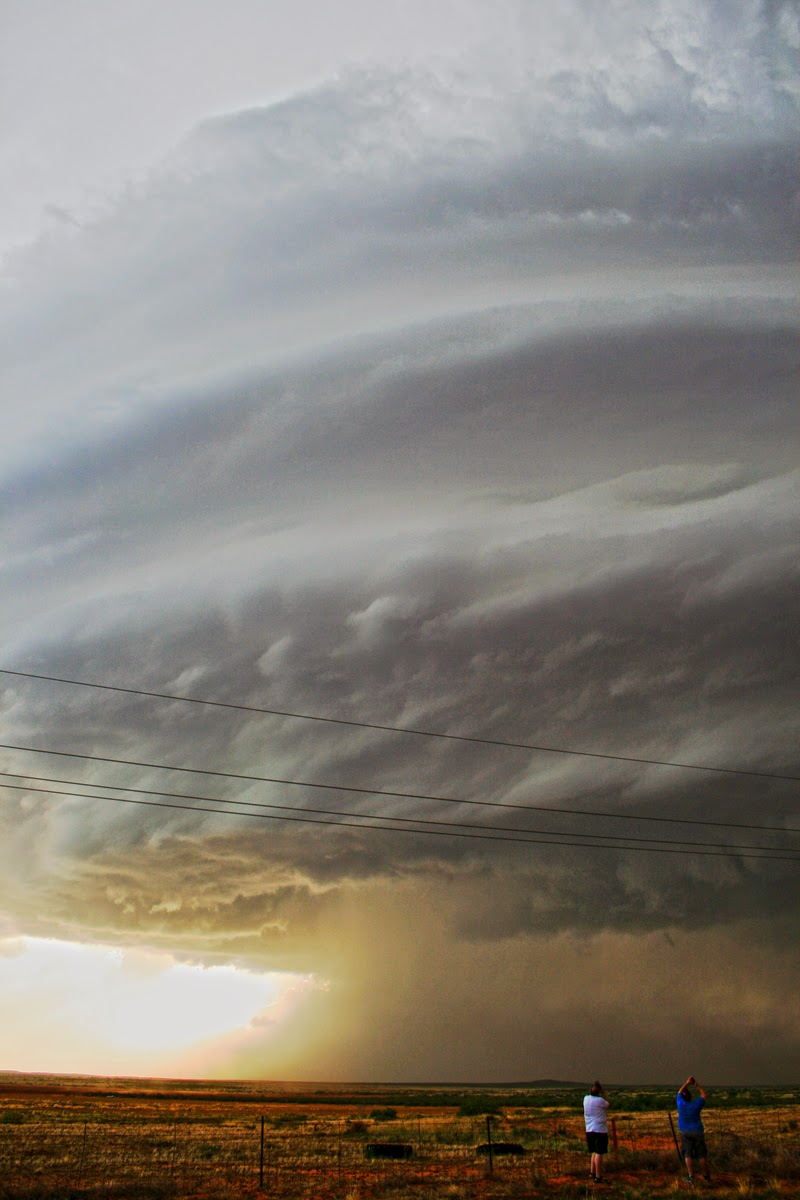 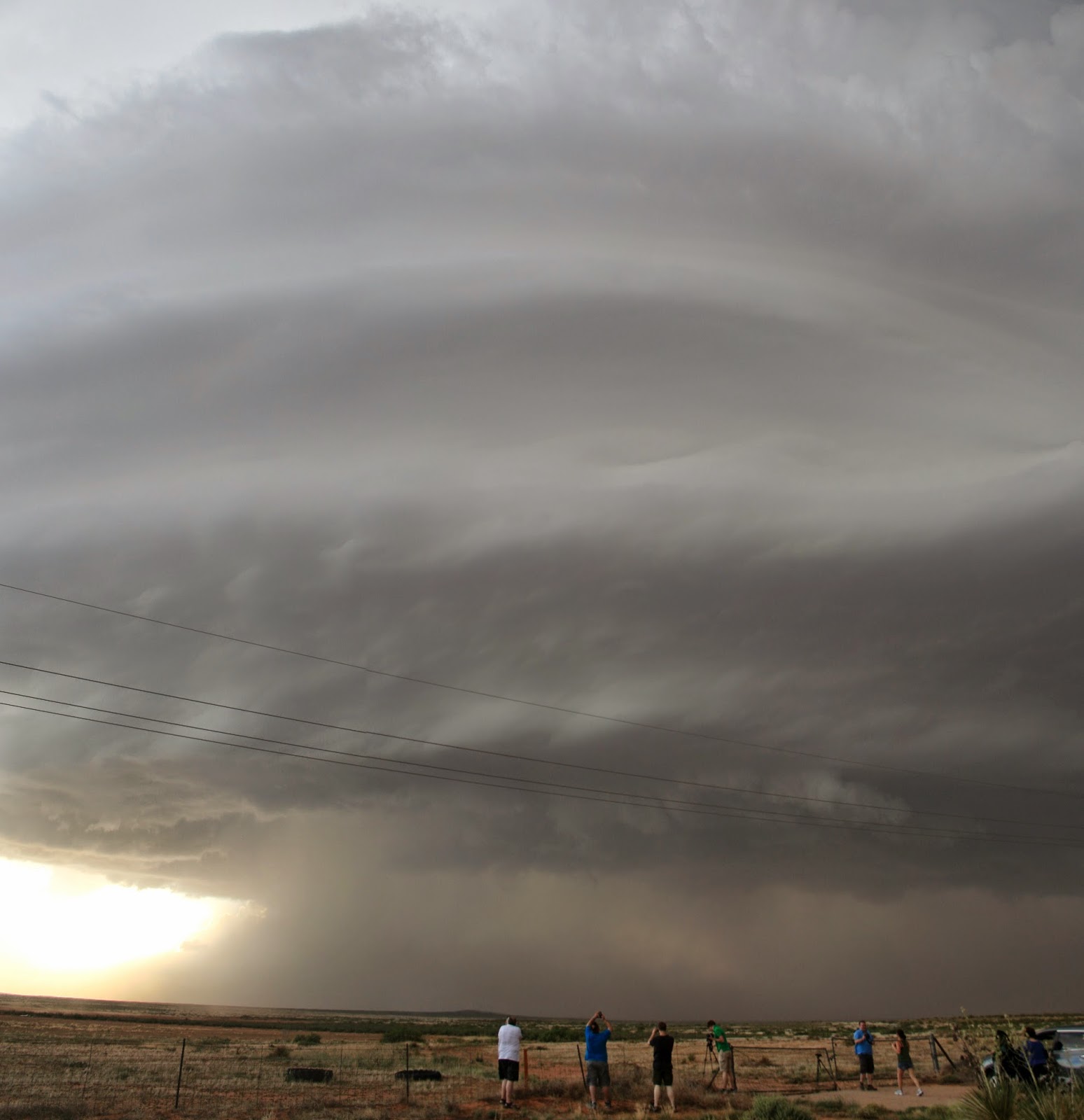 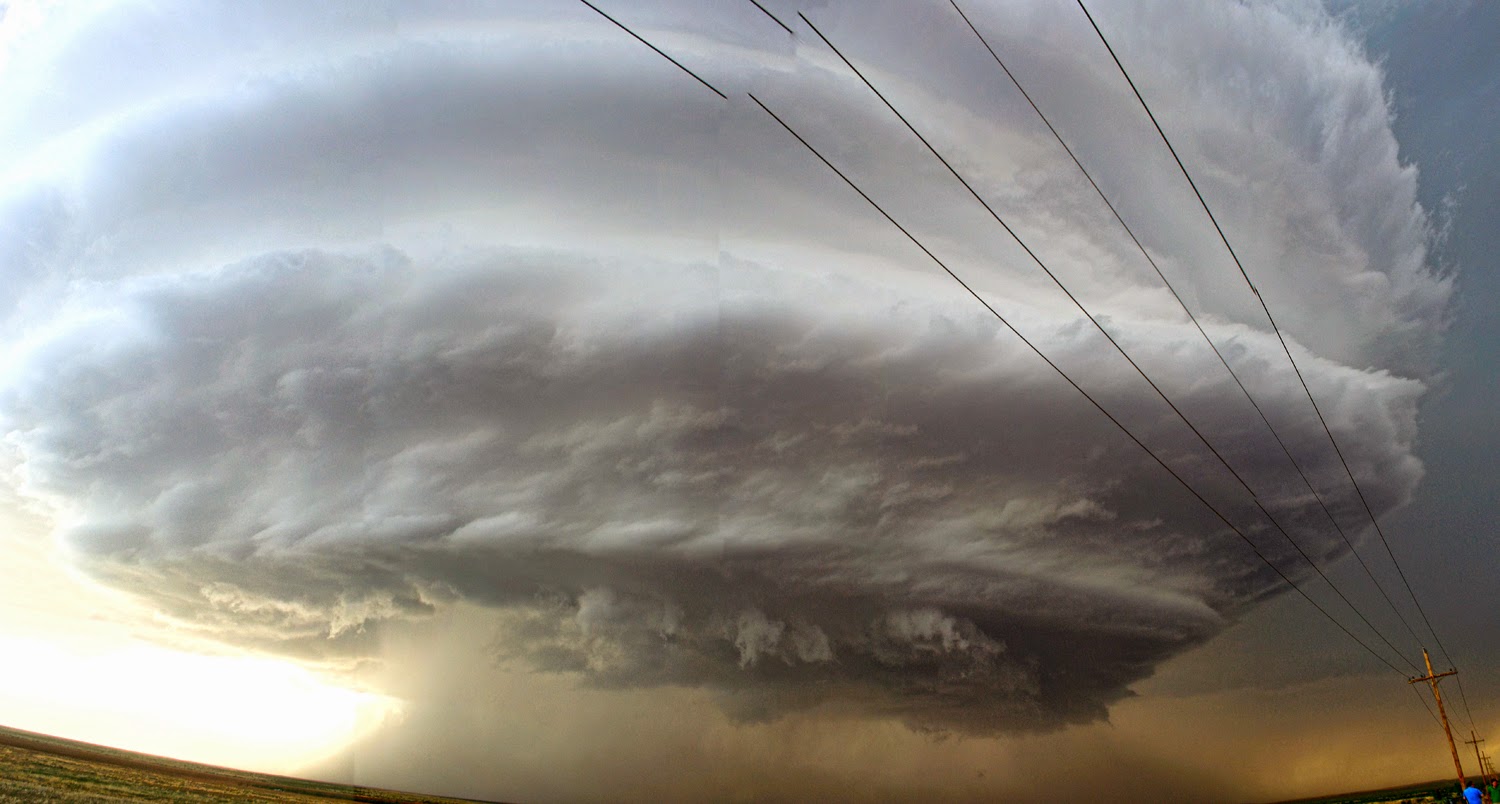 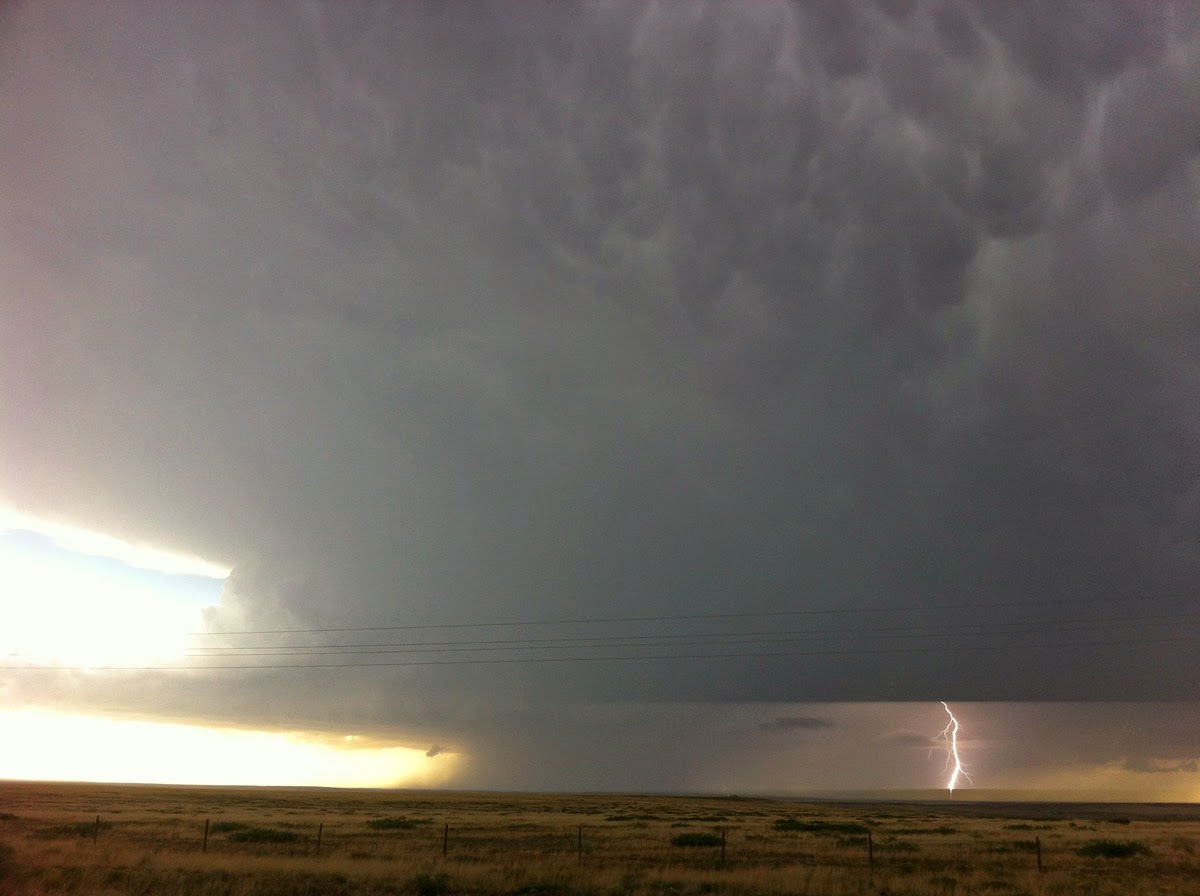 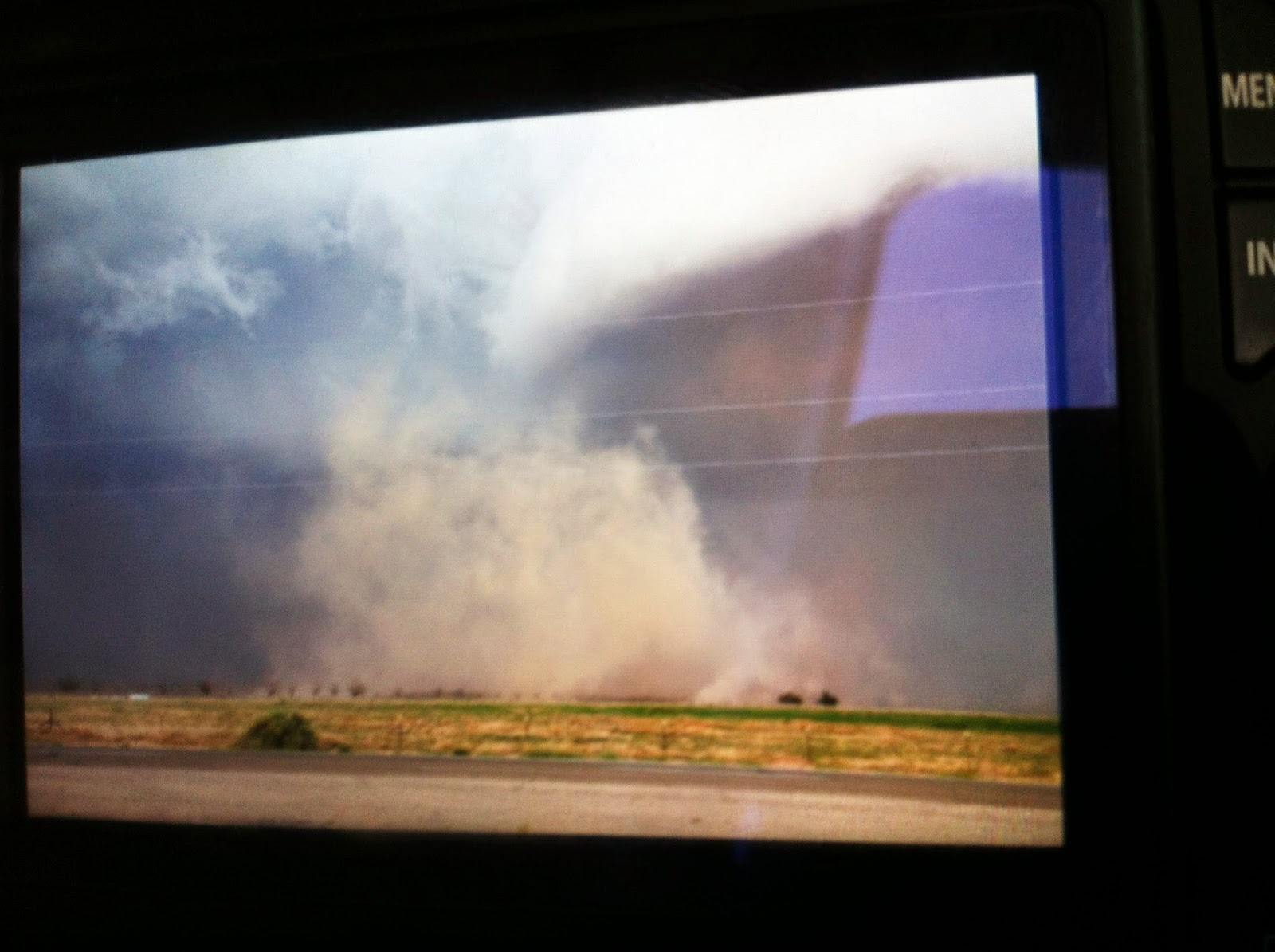 We followed in awe by keeping dropping south as the Supercell changed in appearance by the minute until we were about 15 miles North of Roswell and then let it cross the road behind us, we were in for one last surprise though before the Hail got us when the RFD Cut in on the backside of the Mesocyclone and produced a small EF0 Tornado literally across the road from us, an amazing end to an amazing days chasing.
Posted by Paul at Monday, July 07, 2014