Started today on the Nebraska / Wyoming border and had a general feeling upslope storms would form west of Casper and drift into some High 50's Dewpoints in NE Wyoming and SE Montana. Had lunch along the I-25 And headed northwards, weak storms which were pulsing kept us occupied for a few hours but today was the only day in the 2014 Season that I made a hash of things, granted we still saw a Pretty Supercell in SE Montana but it was the missed opportunity in NE Wyoming that had me gutted, we even drove through the Storm that produced Wyoming's Structure of the year when it was initiating, but onwards we pressed and latched onto a big Supercell SE Of Billings.

Now when things go wrong things generally go wrong and today was one of those days, get the cock ups out of the way all in one go as they say. Not only was we chasing in terrible chase terrain with hills, forests and few roads as opposed to the Thunder Basin in Wyoming but we also now had an Outflow dominant HP Supercell on our heels with pretty basic structure, here comes the next bit to go wrong, Taking a south road which would then lead to a NE Road we had this in the bag in case it started to structure up, 2014 edition of Streets and Trips, but oh dear the road we wanted had been taken over by the Oil Industry and our road did not exist anymore, so now being 70 miles out of our way that was chase over, stranded between the HP Supercell to the North and the LP Structure Heaven to our South. And of course in the next hour the Montana Supercell goes onto put on structure to die for......Like I said just one of those days! 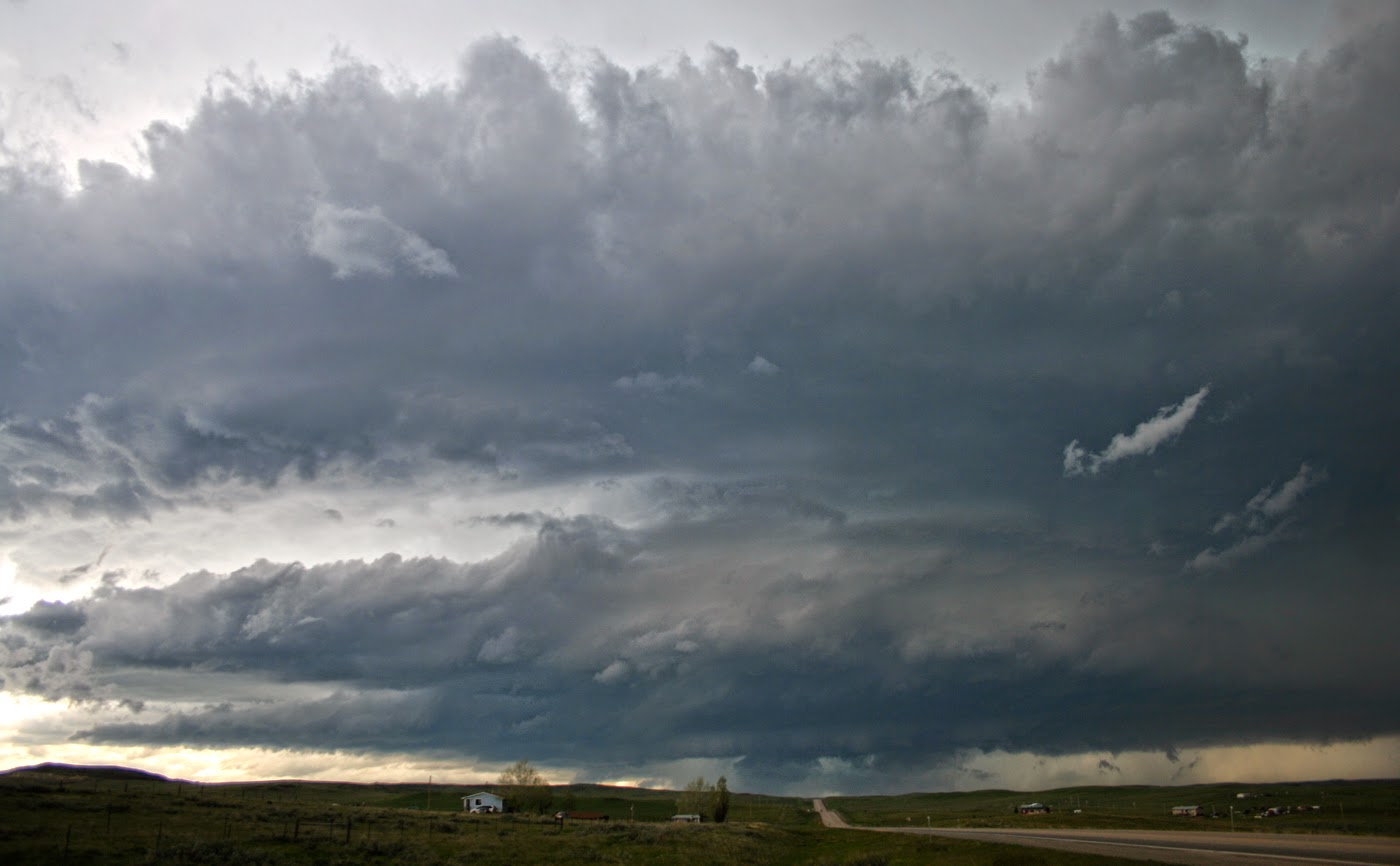