After several days of heat building an Upper Trough with attendant shortwaves were approaching the British Isles from the West. A moderately unstable airmass was in place and destabilisation of an EML Plume which originated in the Spanish Plateau and Northern Africa and had been advected North over the previous few days was in the process of being broken down. Storms had earlier erupted in the Western English Channel and the Channel Islands areas and were originally heading North west towards SW England and Southern Ireland, but a bifurcation of the trough meant an arm was also heading North East towards the South East of England. Temperatures had reached 86f and with near 70f dewpoints our first shot at decent storms from France was in the offing.

I awoke around 3am to distant thunder and elevated lightning coming towards my location from Kent and was lucky enough to have a developing storm go severe just to my south, the lightning was starting to get quite severe for Uk standards and I am sure numerous houses unfortunately got struck by this dangerous CG Lightning. I ventured out to a covered area of the garden and watched as about 10 cloud to ground strikes per minute were actively striking just to my south. I managed 3 decent shots with others just out of frame.

A second storm moved towards the area at 530am but missed us to our west and reports from the London area said ths was also a severe storm for Uk Standards.

Some Pictures shot from Leigh On Sea 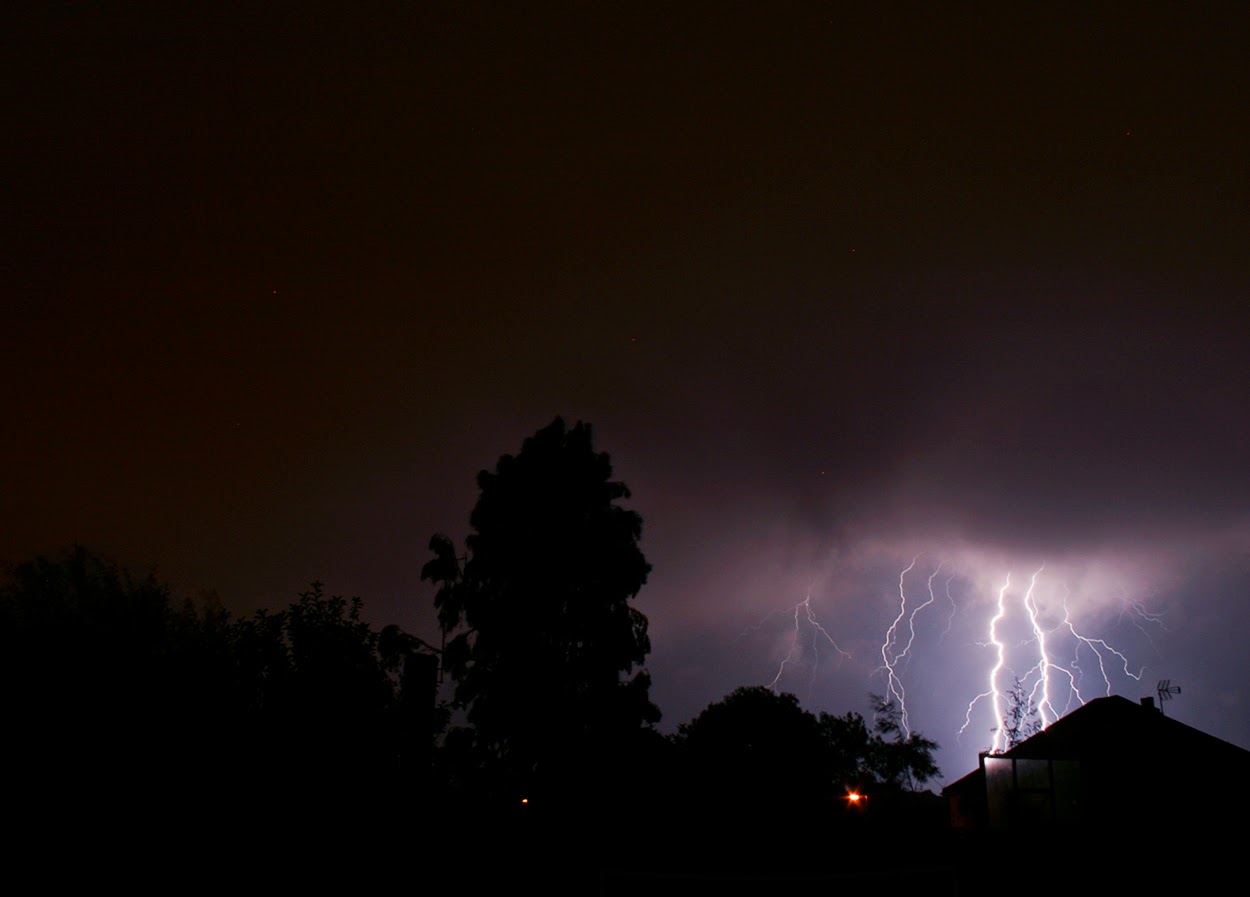 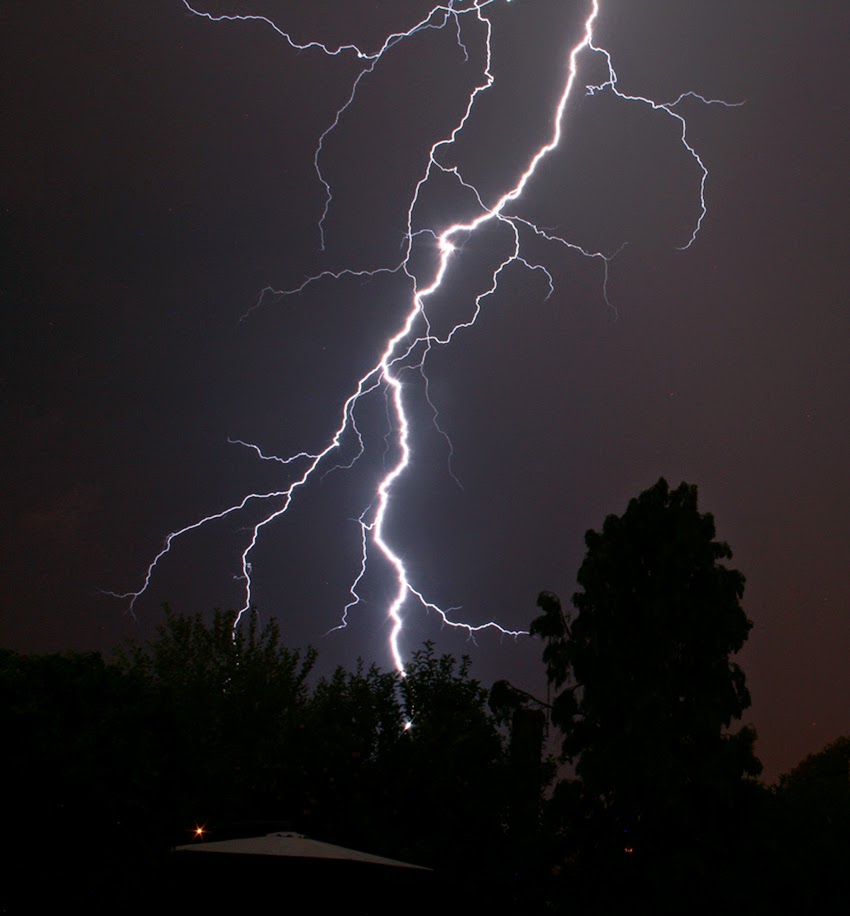 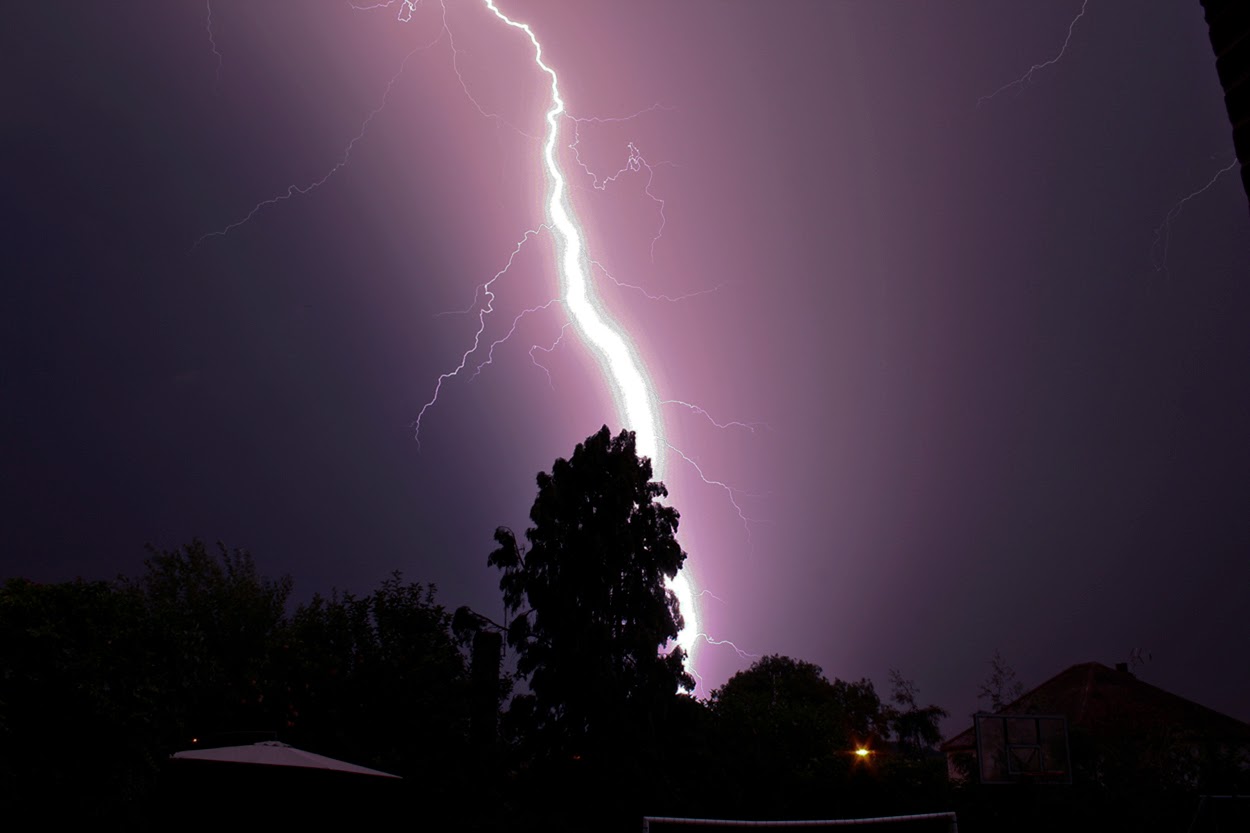