This was a very frustrating day as restrictions on where we needed to be cost us both today and in tomorrows risk as well. It all started fine leaving Limon and with a target of Bennett to get that ever present Storm that goes up and heads east or south east out of the Denver Metro and try to coax it into the better moisture further into the Plains of Eastern Colorado and Western Kansas. Tbh was starting to get sick to death of upslope but in an otherwise slack pattern if its there to chase then we will be there giving it 100%. Followed a nice storm south east back towards Limon and watched as it briefly went into High Based Supercell mode but quickly all the time becoming outflow dominant and HP In nature.

We continued to follow it south-eastwards towards Punkin Centre where we observed a very brief landspout funnel for no more than 1 minute. Onwards we chased, stopping every 5 or so miles until the shelf and cold outflow winds blasted the temperature down from 85f to 58f in an instant. As it was starting to get quite late we had to let the storm go as we needed to be in Colby for an overnight stop and then myself and one of the guests had to make another 4 hour round trip to Concordia to collect a suitcase which British Airways had kindly dropped off for us, as per usual something happened as soon as we left the storm, it now turned itself into a beautiful little corkscrew LP Supercell and it was galling to see the pictures from near Lamar which is where we would have been staying in readiness for Fridays risk which looked a lot betterand closer to our target of the Santo Christo Mountains of New Mexico. 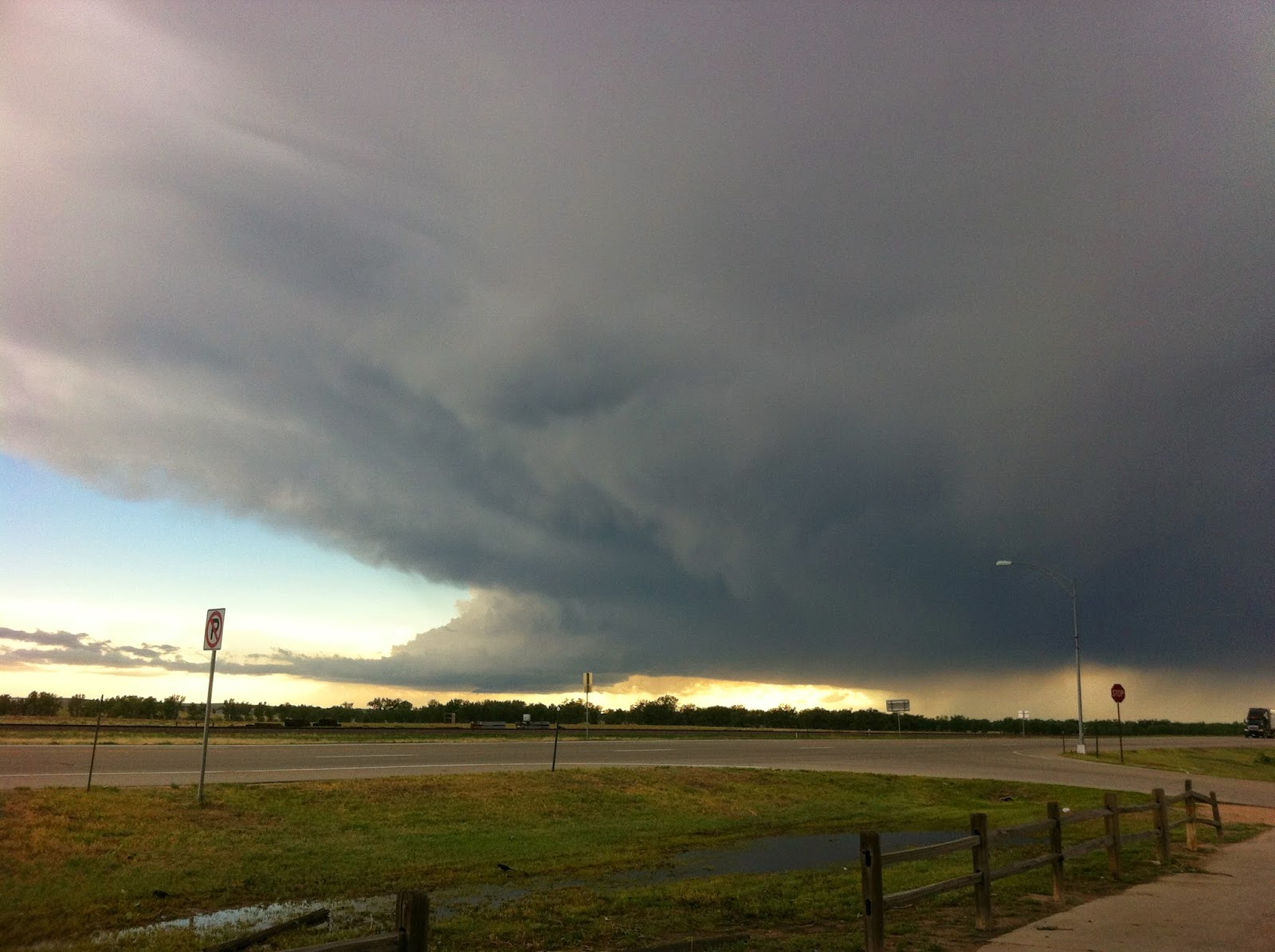 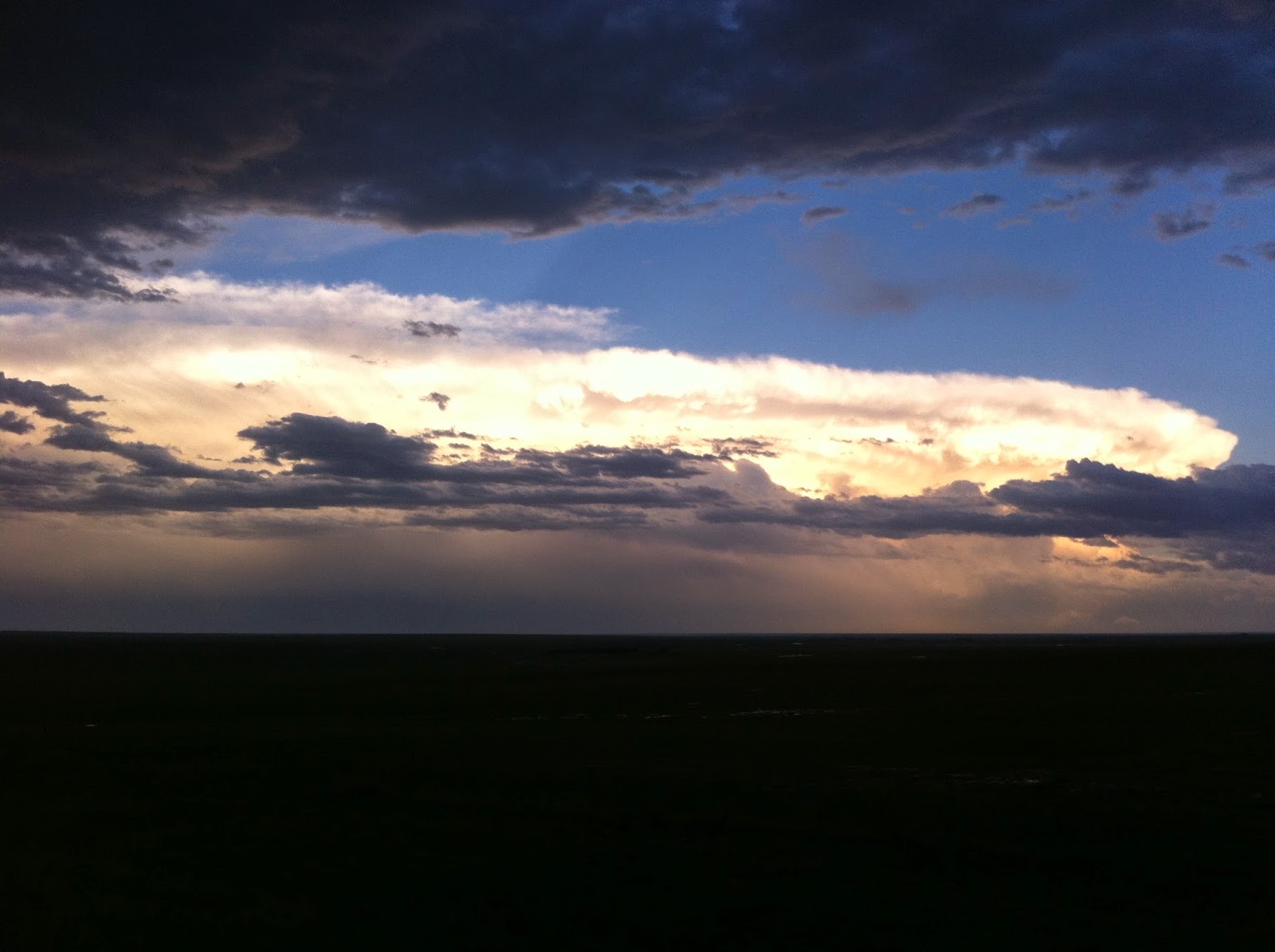