After travelling on the Monday to Concordia to be in position we awoke to a large Moderate Risk area with 15% Hatched for Tornadoes in Nebraska for this chase day, when the 16z Update came in the risk zone had upgraded to High Risk but this was centred over Iowa and was for an expected Derechio that was being forecasted for later that day, forecast models were now also showing a cluster and broken line of storms quickly congealing into the derechio so things were rapidly going downhill from a point of view of getting something discrete to produce the goods, anyhow we stuck with Plan A which was the Moderate Risk zone in Nebraska.

After having lunch in Grand Island we commited to storms forming in North Central Nebraska as the dryline was holding firm with the Cap showing no signs of erosion, upon getting our first view of the 60mph moving eastbound Supercell it was clear this was going to be a very messy dangerous HP Supercell, with nothing else on the table we stuck with it and saw a brief multi vortex tornado along Highway 283 North of Grand Island which overturned a semi and trailer, it was yet again another brief 20 second fartnado but within 20 minutes our tornado was appearing on the SPC Site so others must have been in a position to see this, once again we have some video of this Tornado as camera opps were once again very limited.

Soon after this it was clear the derechio was already setting up so I opted to bug out and drop south and west to stay out of the way of this storm, and probably a good thing too as places along the Iowa/Nebraska border started to report wind driven 4" Hail with 80mph winds bringing incredible damage to the Northern side of Omaha and the town of Blair.

Our day ended with a few LP Supercells that had formed on the dryline in SW Nebraska and the Nebraska Panhandle and we shot some lightning. Overall another disappointing Moderate Risk day which promised so much but delivered very little. 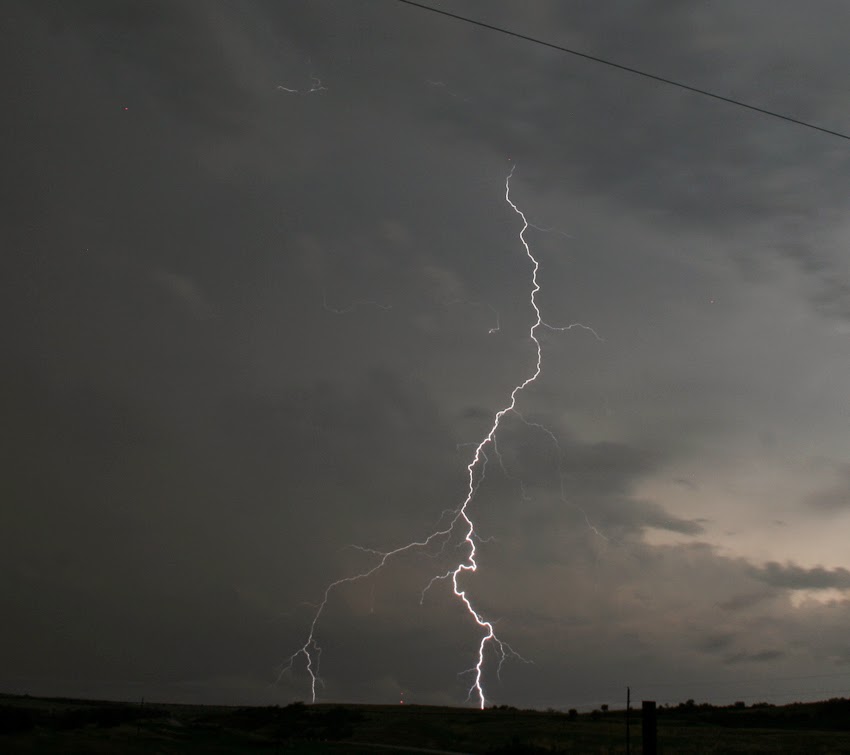