Started the day in Kearney and initially had Northern Kansas to SW Kansas as a chase target but after lunching in Mccook I changed that plan as much more humid air was getting advected into Colorado on stronger easterly upslope winds. We headed into Colorado at Wray and then headed west to a few showers that were milling about to the East of Denver. At 4pm MDT The moisture really made a surge westwards and the storms started to get their act together, our initial storm we were watching fizzled out so I headed south to Last Chance and watched an impressive LP Supercell come into view, this was very pretty and had very vivid green colours in the vault area, it was great to have such a slow moving supercell after the madness of the day before. 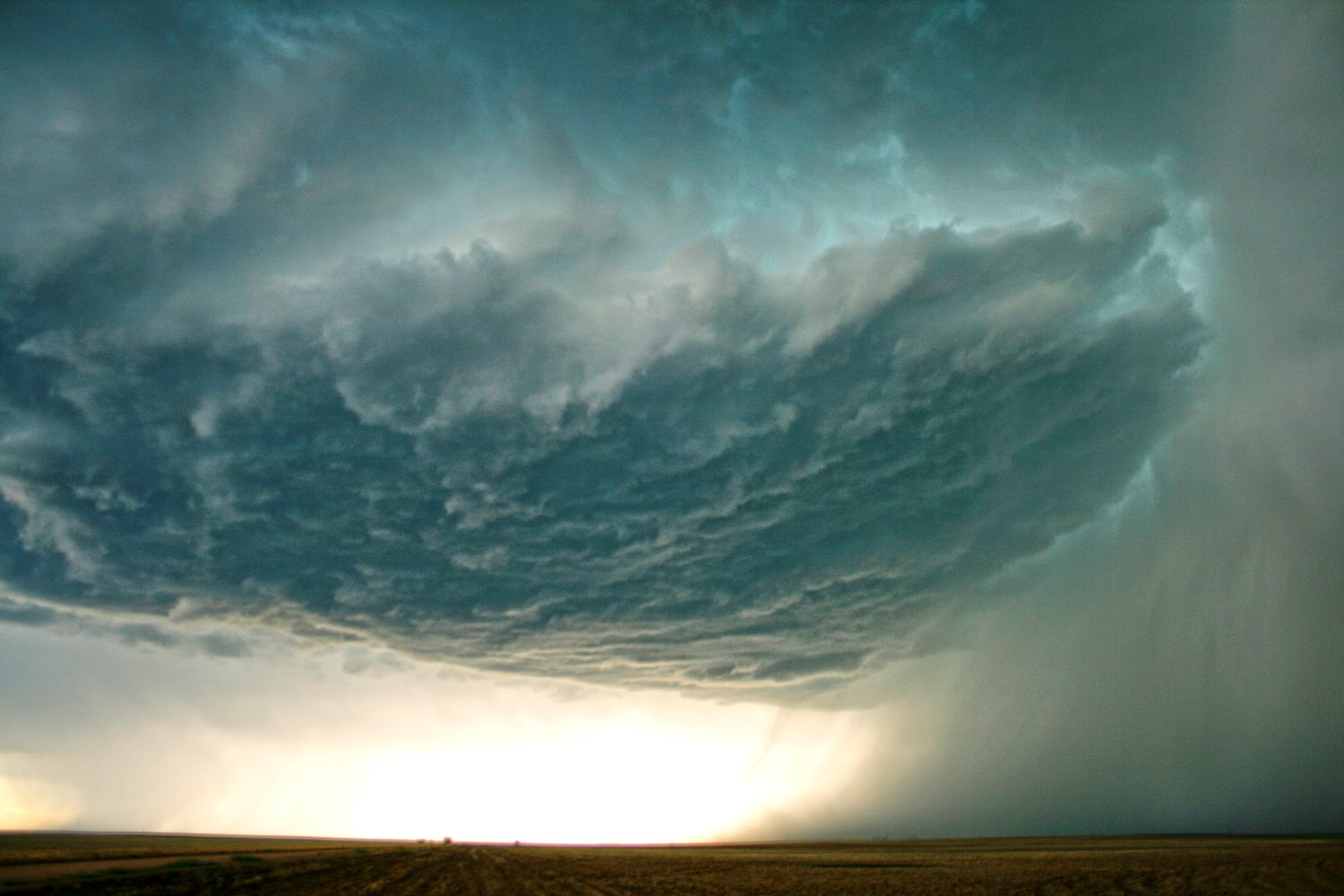 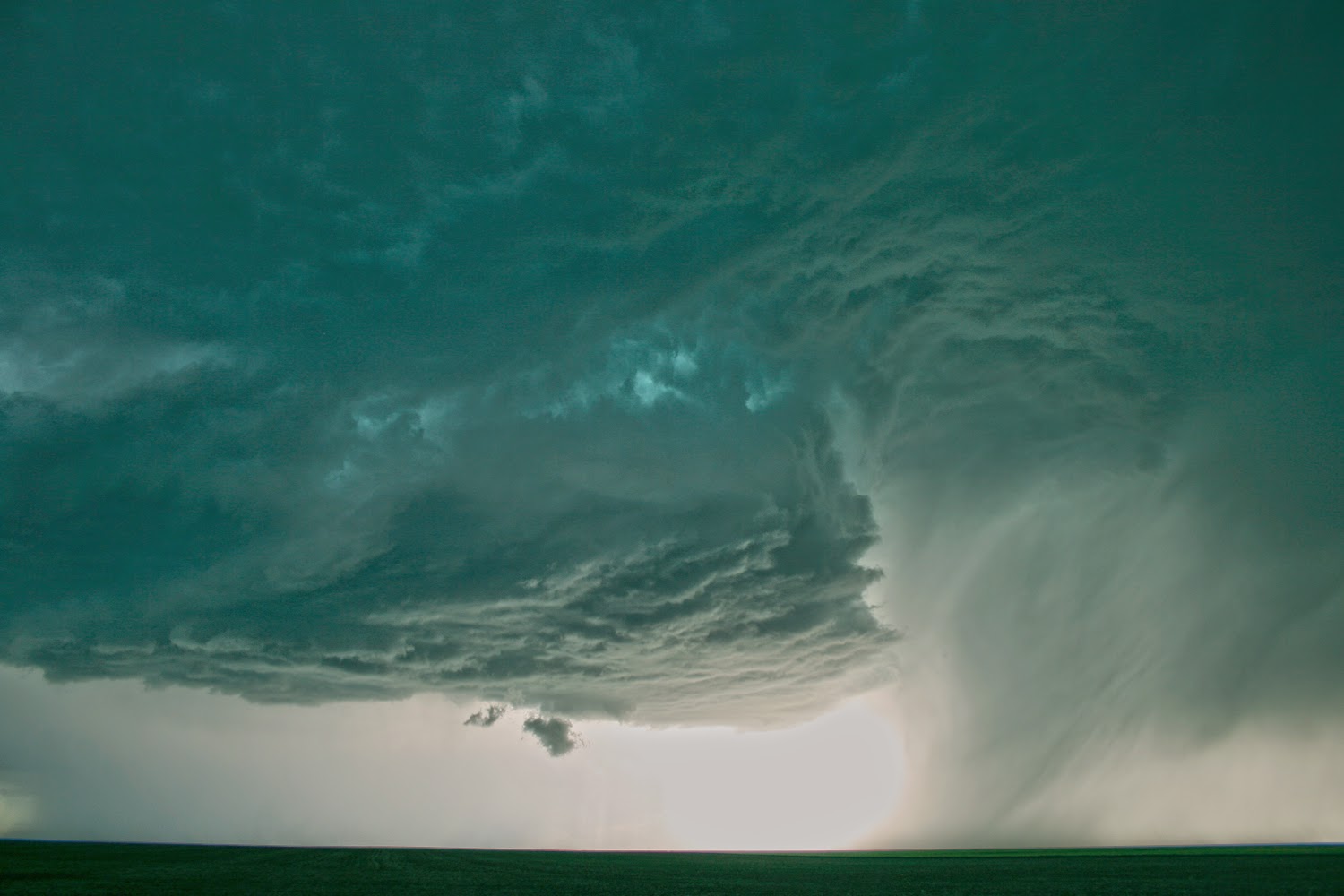 Another Supercell immediately behind the one pictures above started to look better as ours started to do the classic LP Shrivelling up act and started acting very strangely changing course by a full 90 degrees, this would not be the last Supercell to do this on this day as I would find out much later on, my only guess is it hit some sort of outflow boundary that was thrown off the initial storm.

Moisture was really starting to surge in now with high 50f and low 60f dewpoints getting as far west as Limon, and our attention was now drawn to a spectacular Supercell coming eastwards near Bennett, we headed south to I70 And then westwards where a stunning Classic Supercell came into view, this was also now Tornado warned. 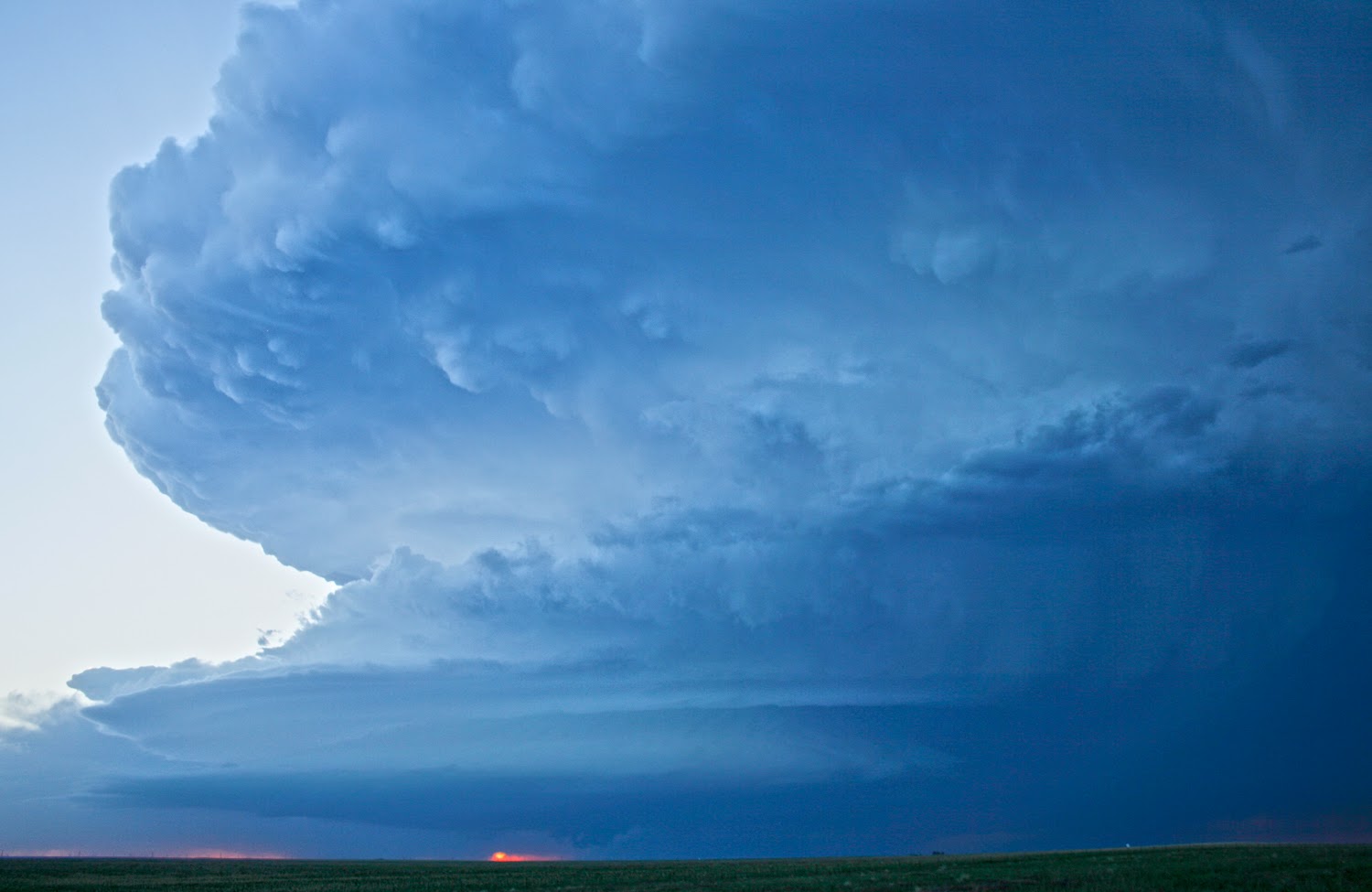 The setting sun really made this Supercell look amazing and rotation was noted about 10 miles North East of Limon looking west towards Last Chance. As darkness fell we headed towards Limon where we had already booked rooms and to a favoured dark spot near the IHOP To try and shoot lightning from yet another Supercell following the same line as the storm pictured above. On the drive west we noted constant strobe lightning illuminating what appeared to be a 9 stack Mesocyclone on a Supercell but with no safe areas to stop along the Interstate it was frustrating to find the storm too close to us by the time we got to our target area to shoot lightning.

It was now that I made a big mistake and took my eye off the ball briefly, with the Supercell a full 15 miles to our NNW And still heading eastwards we decided to eat at Oscars Restaurant and wait for the Storm to be to our east to shoot anvil crawlers after we had all been fed. Remember further back in this report about a previous storm putting out an outflow boundary well the 3rd Supercell we had seen pictured above had thrown off what appeared to be a NW-SE Boundary which the 4th Supercell now started to track along taking it directly on a collision course with Limon.

Whilst sitting down eating and checking radar the storm was clearly packing a punch with expected 70mph winds and golf ball sized hail still being reported, I was still confident this would miss Limon just to the east, our first clue something was up was when the Tv's in the bar suddenly cut out from local broadcasting and then the power went out, quarter sized hail was starting to get thrown into the windows of the restaurant making a hell of a row, still the storm was NOT Tornado warned so we carried on eating. A few of us went outside under cover to watch the wind and I remarked at the time that some of the gusts were around the 80-90mph range and it almost felt like RFD Winds, well how true that became as unbeknown to me at the time, the Supercell developed a Hook Echo right above our heads and dropped a EF2 Wedge Tornado at the Eastern Exit of Limon along the I70, We were eating at the Western Exit of Limon 2 miles away. The Tornado was on the ground for quite some length and we started to hear reports that Hugo (5 Miles to the SE) Had be hit by the Tornado.

It appeared we had just had a very close shave with a Multi Vortex Tornado which really pissed me off no end, putting ourselves in danger and taking my eye off the ball for the first time since Aurora on May 29th 2008.

A very action packed day and the start of what would become a very busy 2 weeks for the Plains.
Posted by Paul at Monday, July 07, 2014