After all the fun and games of the few days before I was enjoying a nice fishing trip for my birthday on the Norfolk Broads and sitting in Wroxham on my parents boat not really focusing on the weather as the forecast called for any heavy thundery showers much further south over the SE Of England.

At about 5pm I started to hear distant thunder way off to the South West over towards Norwich and after inspecting the clouds noted that there was hardly if any eastwards movement in the storm with it firmly heading northbound towards the North Norfolk coast towards Cromer, I was still hopefull with the early nights drawing in that I could capture some distant lightning as darkness fell at about 620pm.

With light fading the flickering of lightning was getting stronger and was now in the updraught area now much more towards my south, the storm was looking like it was either backbuilding further south or taking a hard right turn and turning towards the east. My camera was still put away in its case on the boat so I ventured around the cottages to get a much better view to my west, and once I got around there I was stunned to see an amazing shelf cloud approaching that would not have been out of place in Tornado Alley, Lightning was almost constant now and thunder was rolling from most areas of the storm almost constantly.

With a direct hit 100% happening it was time to pack away the fishing rods (Carbon ?) and hunker down on the boat to ride out the storm, very heavy rain hit just after 6pm and also some pea sized hail, the lightning was really impressive but it seemed the core of the storm passed to our North probably over Coltishall. As soon as we were under the rain free anvil area it was time for the Canon to earn its keep and i picked a nice vantage spot overlooking the River Bure with some Boats in view to shoot some lightning.

This was a VERY Impressive Storm for Uk Standards and I guess my Birthday Present from Mother Nature this year was one of the best, right place at the right time definately! 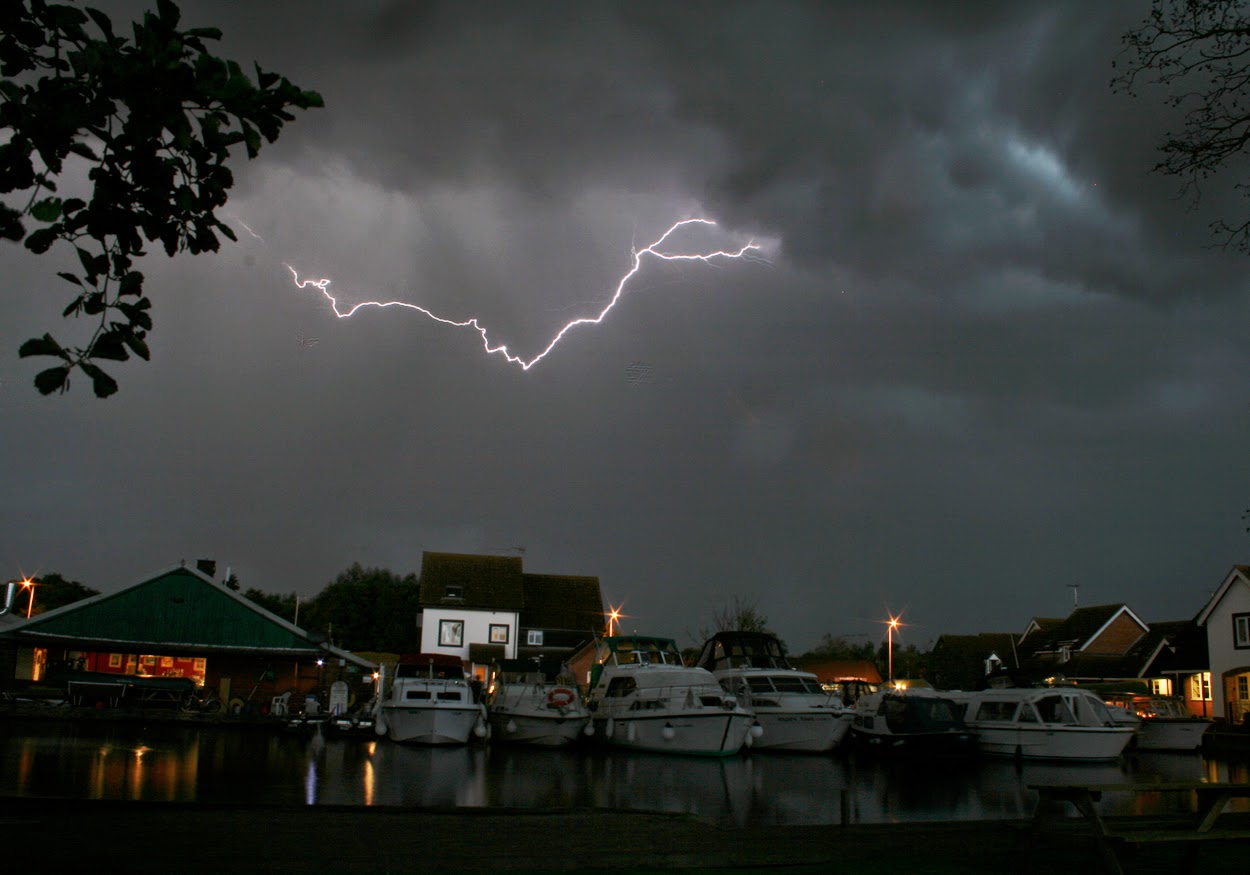 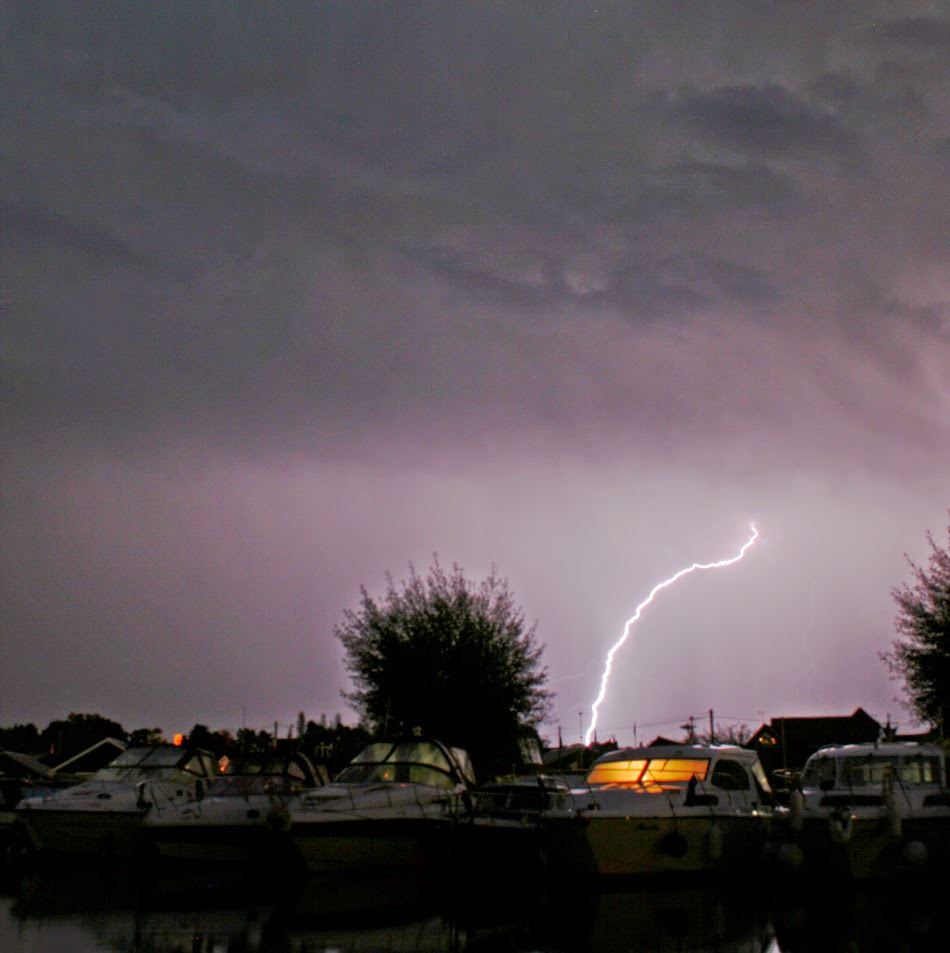 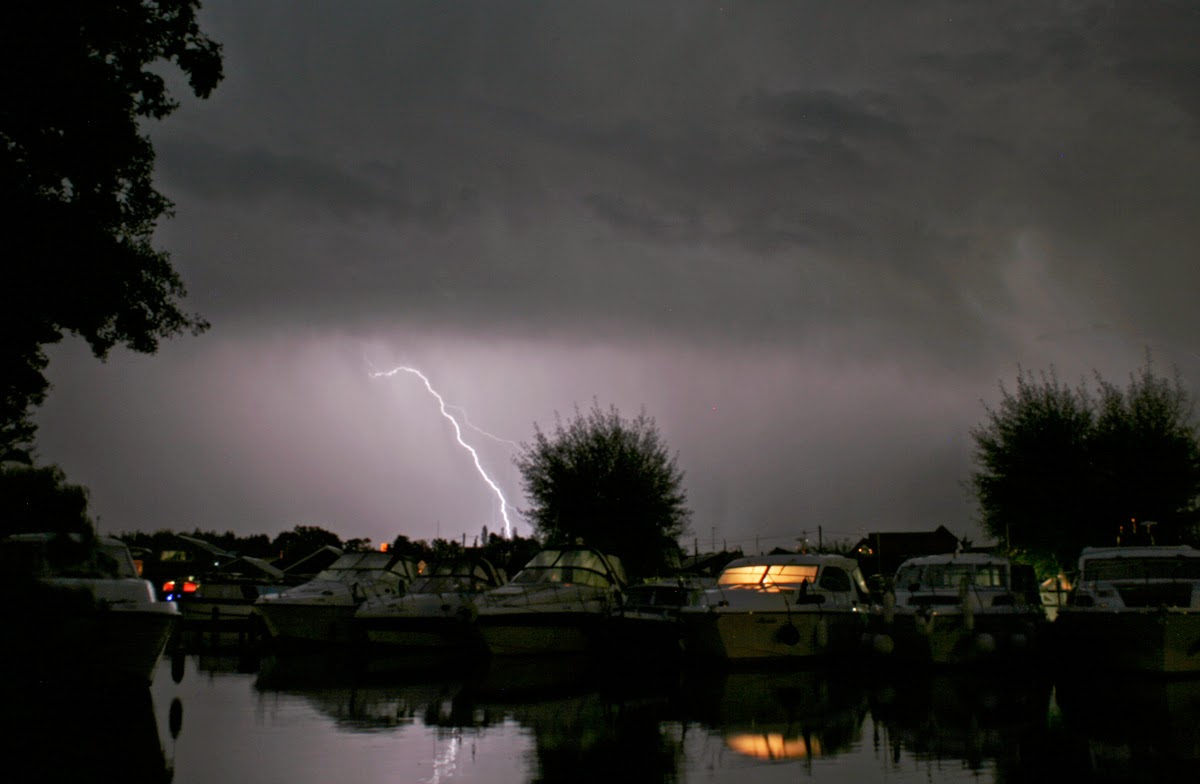 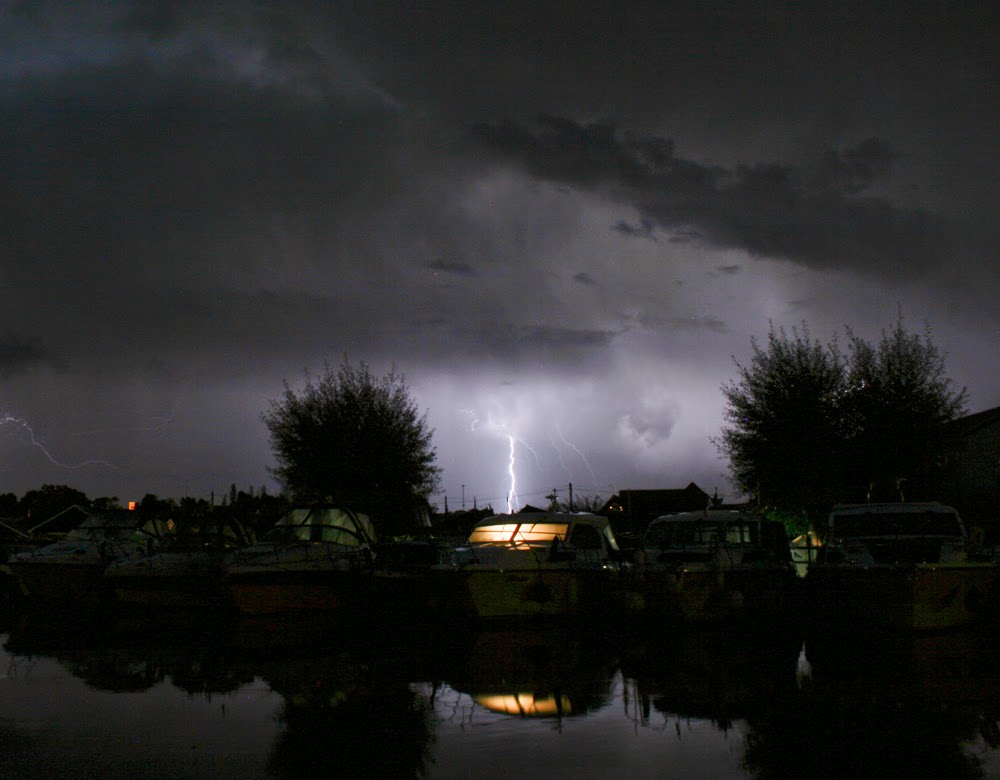