Started the day in Odessa and drifted north towards the Northern Texas Panhandle on a long shot of something firing and an outside chance of a Tornado. We waited quite a while late into the day as the cap held strong but at about 8pm finally towers exploded west of Dalhart and south of Amarillo. We had a choice to make and opted for the Northern Option and our storm quickly became an LP Supercell spitting out stunning lightning west of Channing. The tornado risk by now was non existant but to see and watch this storm transition from LP to HP near Sunset was a great start to tour 3. Everyone got some amazing Cg Lightning shots and we followed the storm back to Amarillo where we stayed the night and let the Storm roll over the Hotel.

Below : Cg Lightning from just west of Channing (Tx) 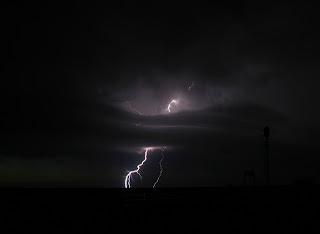 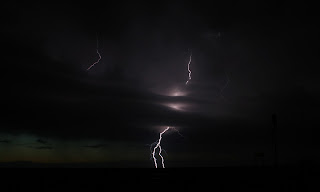 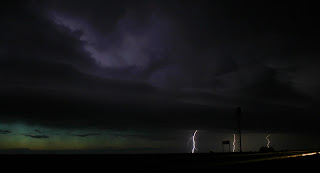