We awoke in Colby after a very underwhelming day in Colorado the day before with a view to get up to the Northern Plains ready for some Severe Weather for the 2nd half of Tour 4. In hindsight we probably could have done another day in the Southern Plains with a decent risk in SW Oklahoma and the Texas Panhandle. The Minnesota Risk was just too far out of our reach and we needed to be in Montana so we headed North towards Valentine and SW South Dakota. On the way some Severe Hail Storms went up to our North which were very nice on the eye and further North west a stunning LP Supercell near Rapid City which we just could not make in time. But for a travel day we saw plenty of distant storms and got some nice pictures. 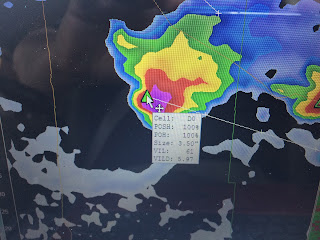 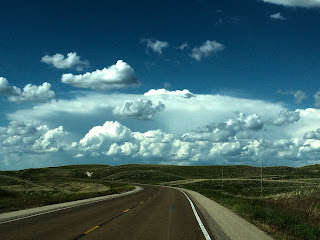 And the day was not over there, with a 3/4 full Moon our trip to the Badlands although clear skies was ruined with such a bright moon and also the KP5 Solar Storm had not impacted as much as first thought. So we waited until the Moon set at 230am and until first sunlight meaning we had a 90 minute window and once the moon went it was a spectacular Milky Way show over the Badlands of South Dakota! 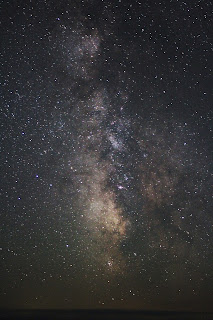