Left Wall and had lunch in Sturgis, after this we went to Devils Tower as we knew the Cap would break very late if at all during daylight hours. After picking Glendive as our target which would be near enough developing Supercells we grabbed something to eat and waited. The Cap was very strong unfortunately and it was bang on dusk at around 925pm (MDT) that the first cells fired. There were heading North East so we took a north road towards Richey and in the next 2 hours between 11pm and 2am witnessed 4 seperate Night Time Supercell up near Wolf Point. The first 3 were LP Supercells and the last what I can only describe as a stack of plates with green bands even visible at 1am in the morning!! It was such a shame that these storms initiated so late as if they were in the light the structure would have been something to behold! Pictures still need working on so will put on the Devils Tower ones for now with the rest to follow. 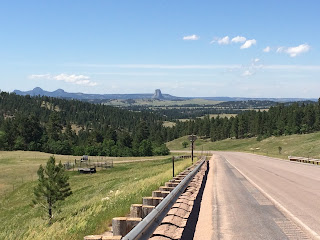 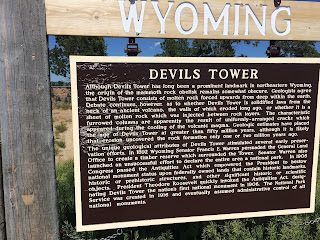 Below : Supercell Storm at Night South of Wolf Point (Montana) 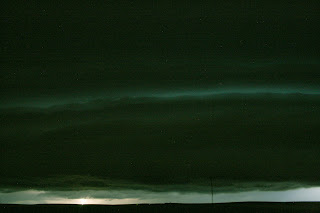