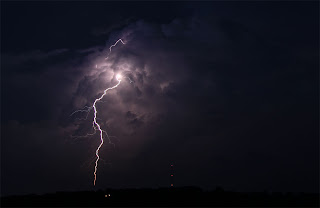 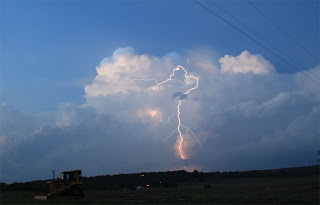 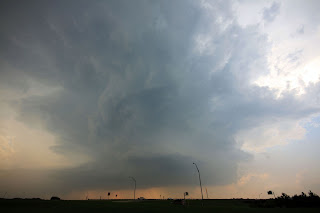 Having ventured South towards the Texas Hill Country we knew an early start and trek North up the I-35 would be in order on this Sunday. The Risk zones were Moderate for parts of Kansas and Missouri with a Slight Risk surrounding this area taking in most of North Central Texas and Oklahoma. Got to Gainesville for Lunch and watched some cells initiate around the Stephensville and Decatur area which were moving North East towards us. These were quite photogenic LP Supercells and with the 4,000jkg of Cape Large Hail was starting to be reported sith these storms. Further North and out of our range a Lone right moving Supercell was beginning near Independance (SE Kansas) this would go on to produce a devastating EF5 Tornado to hit Joplin at around 530pm. We headed towards Ardmore flanking our Storm and it came a bit close dropping sporadic Baseball sized Hail at our location, had to flee East and North but storm speeds were crazy at 60-70mph so let this storm speed off towards Tulsa. Later on we got more Supercells moving NE From Ardmore and photographed some pretty Lightning near Ada before ending the night in Norman ready for another Slight risk on the 23rd May in Western Oklahoma.
Posted by Paul at Wednesday, June 29, 2011