This one will go down as the Quad state storm, it never really got into the Supercell Catagory but was pretty all the same. Had lunch in Texline at a great Amish Restaurant and then mooched west into New Mexico to watch a Storm that had initiated in SE Colorado. This was moving towards us at a snails pace, the western part of the storm dropped into New Mexico, the Eastern Part was already in the Oklahoma Panhandle. Some decent views were had. 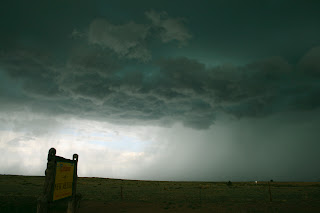 This was to be the best part of the structure of the day as these little Multi Cell Storms were struggling, some decent hail was being reported at this stage of the day with some quarter sized hail.

We played around for a few more hours watching Lightning, but knowing that we needed to be in Kansas for the next day we made out way towards Liberal for the night, the next part was a real bonus with a stunning Mammatus Display along the was and some beautiful scenery to take pictures along some railway tracks. To good to resist really.

Temperatures on the cold side of these storms were chilling at about 52f, so out came the jackets. 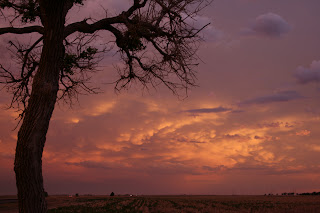 All in all though an absolute bonus for photography on a very low risk storm day. 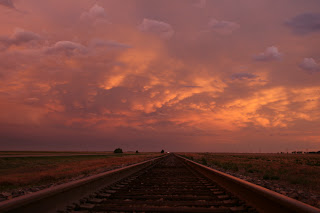