Started the day in Salina (Kansas) and had a chase target of Alliance to Chadron (Nebraska) Storms were ongoing across the Laramie Divide of Wyoming but waited it out in the North West Corner of Nebraska and our waiting paid off. A small line of storms formed late and broke the cap, at the very end of that line was a stunning LP Supercell between Scotts Bluff and Alliance, went south to be just east of it and was presented with a lovely little LP Supercell in front of us, this rapidly went Tornado warned and tried so hard to put down a late evening tornado. The structure was amazing and getting better by the minute. 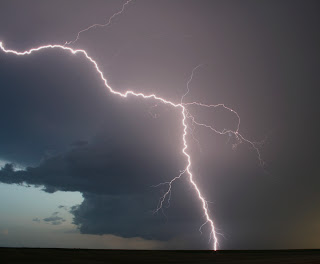 We dropped further south to Alliance and missed an east road option that would have given us some incredible structure with inflow tail cloud and stacked plates, the south west road option drove us straight under the base of the rotating storm and ultimately we were too close to get any pictures, took some sporadic golf ball sized hail and left the storm as it weakened to stay in Scottsbluff for the night.