Had high hopes for this day but was cursing when the new update came through that a surging cold front would be the main focus of storms for this day, not being a fan of these types of set-ups it actually went better than expected with a slow south eastward moving broken line of Supercells and the main cold front much further north, our choice of SW Kansas was a good one and we witnessed some funnel clouds and the best Mammatus I have ever seen at the end of the day in the Texas Panhandle.

We started from Liberal and mooched upto Greensburg for Lunch, the Cold Front line was already firing off near Hays and backbuilding so we sat it out near Meade. A very nice Supercell tucked in just SE Of Dodge City would be our focus and it was not long before this was just to our North West, almost instantly a funnel cloud dropped from a nice looking base between the line of storms. 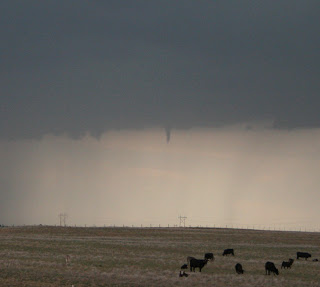 Just not enough low level shear to get this rocking and rolling and the cows did not seem to bothered by its appearance over the horizon.

After this we did the usual with SE Moving storms and let them chase us all the way back to the Oklahoma Panhandle, with more storms forming a few core punches ensued but we never really found the hail, after moving west towards Canadian it was clear that 2 Supercells that ironically initiated near Liberal late in the day would be the focus towards sunset, but roads west of Woodward screwed us over so we could only creep up towards the Northern side of these storms due to the Baseball and Softball sized hail being reported.

What happened after that was Mammatus heaven with some of the best I have ever seen in the USA.
A simply stunning display to end the day in the Texas Panhandle in the town of Follett. 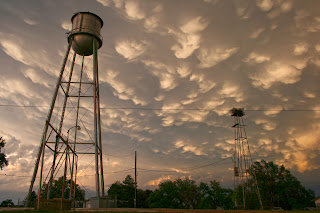 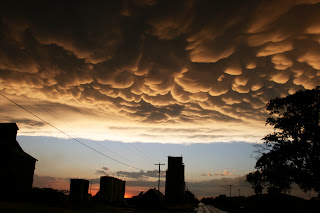 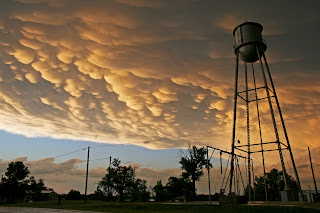