Awoke this day in Amarillo with an easy chase target which was showing on multiple models, and with such a small risk area this was going to be very congested on the roads. We had lunch at Braums in Dumas and topped off the petrol in Stratford. We made our way west towards Boise City to engage a South Eastward moving Supercell that was coming into the Panhandles from NE New Mexico. We got to within a few miles of the base and watched weak to medium rotation forming before following it back down dirt roads south eastwards. As we got near Felt (Ok) we looked back to see a slender cone Tornado wrapped in the rain.

Below : Tornado Number 1 a few miles to the west of Felt 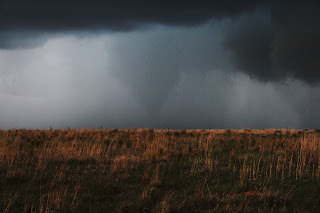 We continued with the chaser brigade south eastwards and stopped again for a 2nd Tornado this time east of Felt about 15 minutes after the first one roped out. 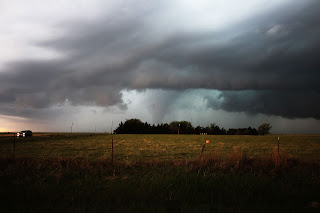 The Supercell was now taking on incredible structure but still moving to the East North East and away from Dallas where we had to be early the next day so my hand was kind of forced for the 3rd and final Tornado of the day West of Dalhart (Tx). One thing we did miss out on was the insane structure further east.

Below : 3rd Tornado forming west of Dalhart at 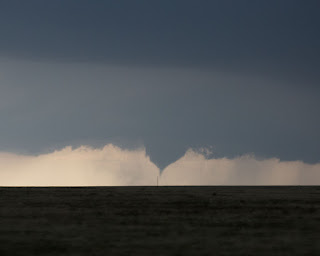 We retreated back to Amarillo and ate Chillis and made our way to Childress for the night but our fun had not stopped there as we had to bust our way through 70mph wind driven Golfball Hail on the way which was a great end for the Tour 1 guests.

Below : Radar of Storms in our way towards Childress 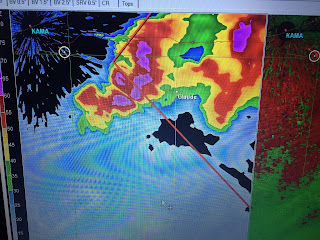