Started the day once again in Glendive and most of Northern and North Eastern Montana was under an Enhanced risk for today mainly for hail but a decent 5% Tornado Risk as well. Storms would be very fast moving and some models had the storms crossing into Canada today as well which would be fun to chase if it were to happen. Got to Malta at 3pm and waited on Initiation and as the day went on both the HRRR & Nam4Km agreed on just a few Supercells heading North East from the Great Falls area and following Highway 2. We positioned south to get a good look at the first Supercell of the day which promptly went tornado warned when it was 25 miles to our west, a big problem with this storm was both its motion and speed. Firstly it was moving at 60-70mph and secondly moving through an area of lakes with no roads for 70 miles. This was going to be fun!

Below : Montana Supercell near Hays 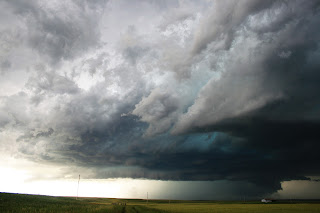 Below : Group Shot in front of the Tornado Warned Supercell 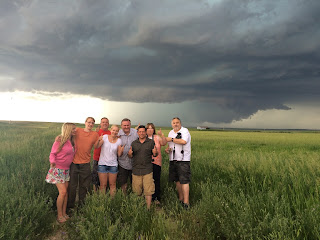 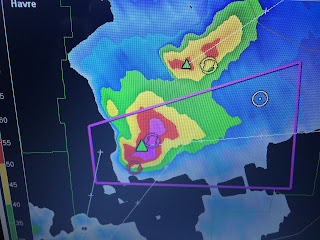 After letting the rotation go right over us we were slammed with 70mph RFD winds which took Craigs door completely off his vehicle. This delayed us somewhat as we tried to fix his door and untilmately stopped us from getting back in front of the storm which was now racing away at 80mph (An Impossible Task) After getting to Glasgow we dropped south to another Supercell and watched as Lightning flickered away as the day ended.

Below : Supercell to the South near Jordan (MT) 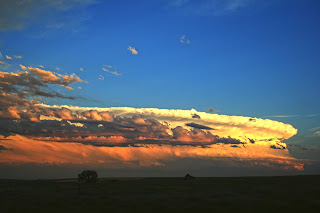 After that we went back to Glendive (AGAIN!) and shot some lightning over the town 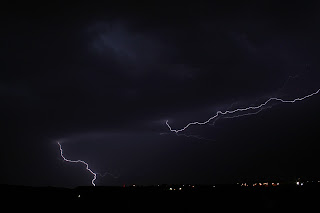