Started the day in Hobbs (NM) And had a broad target of Odessa to Midland to Abilene for todays risk, this looked to be the best chance of Tornadoes for Tour 2 today so we needed to be on our game, as luck would have it one of the cells of the day initiated above our heads as we headed east from Hobbs. So we were on this Supercell very early and watched it transition into a big HP Supercell very early in its life cycle. After stopping and starting numerous timeswe finally saw the Storm go Tornado warned and tighten up enough to put down the first Tornado of the day just to our West north of Odessa, at the time we were firmly in the hook of the storm so had front row seats. 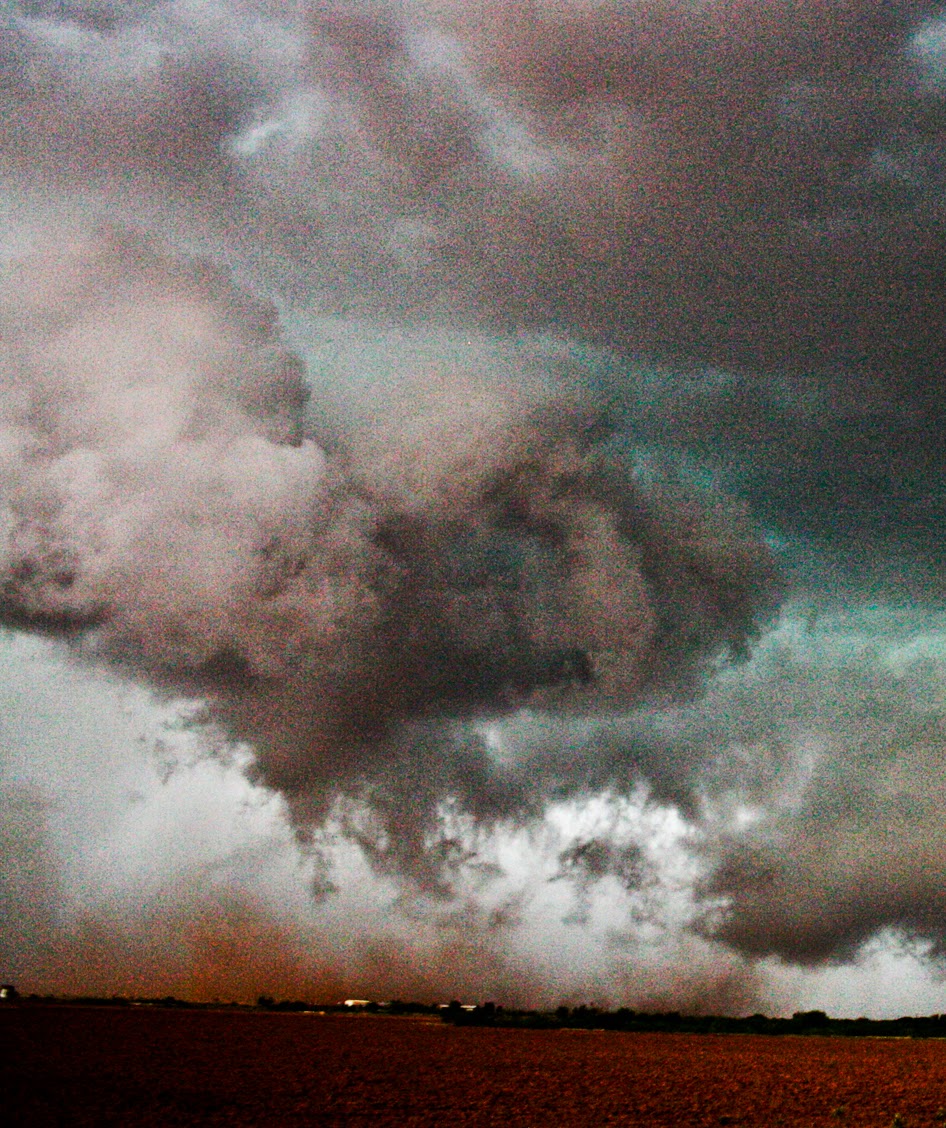 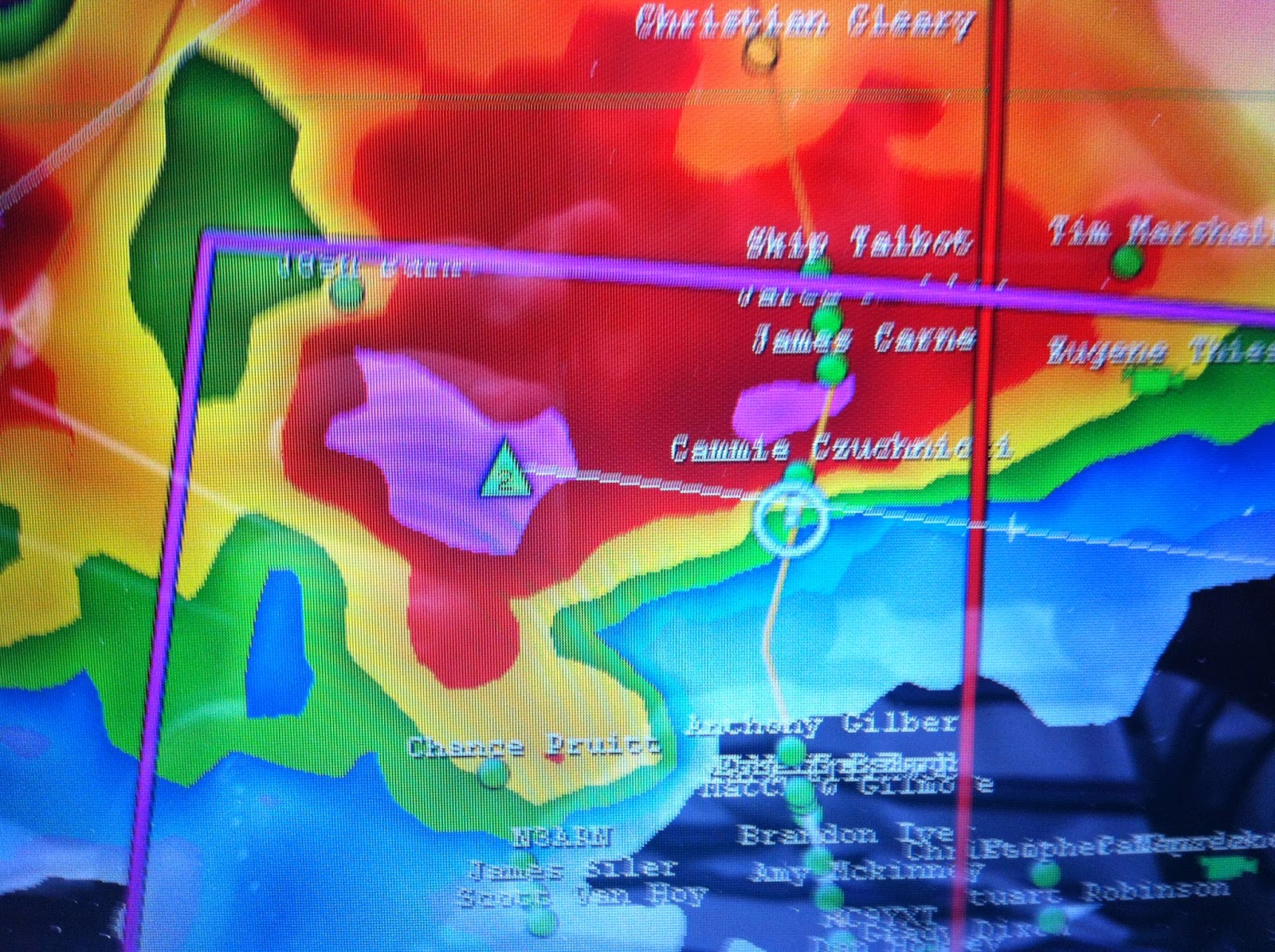 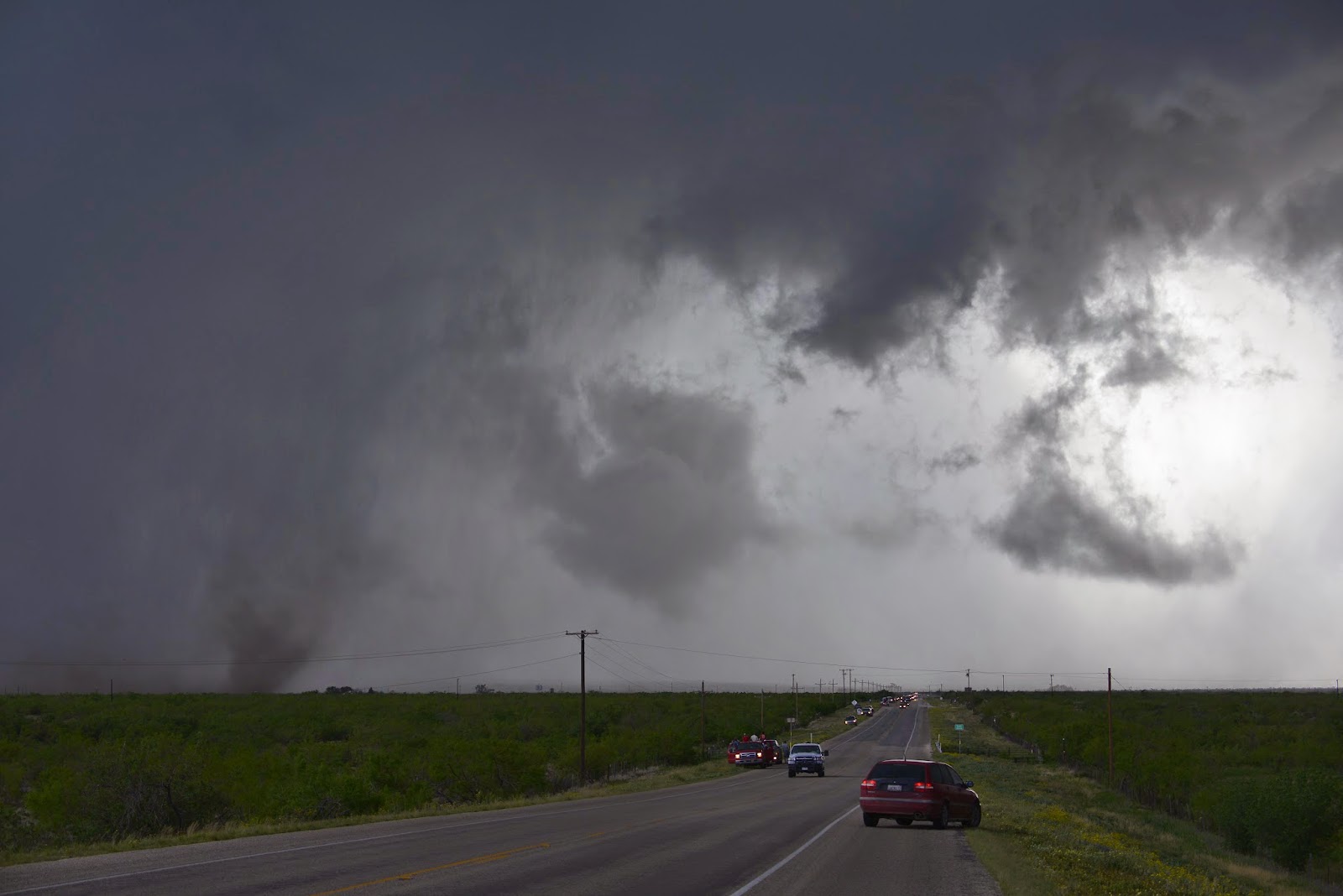 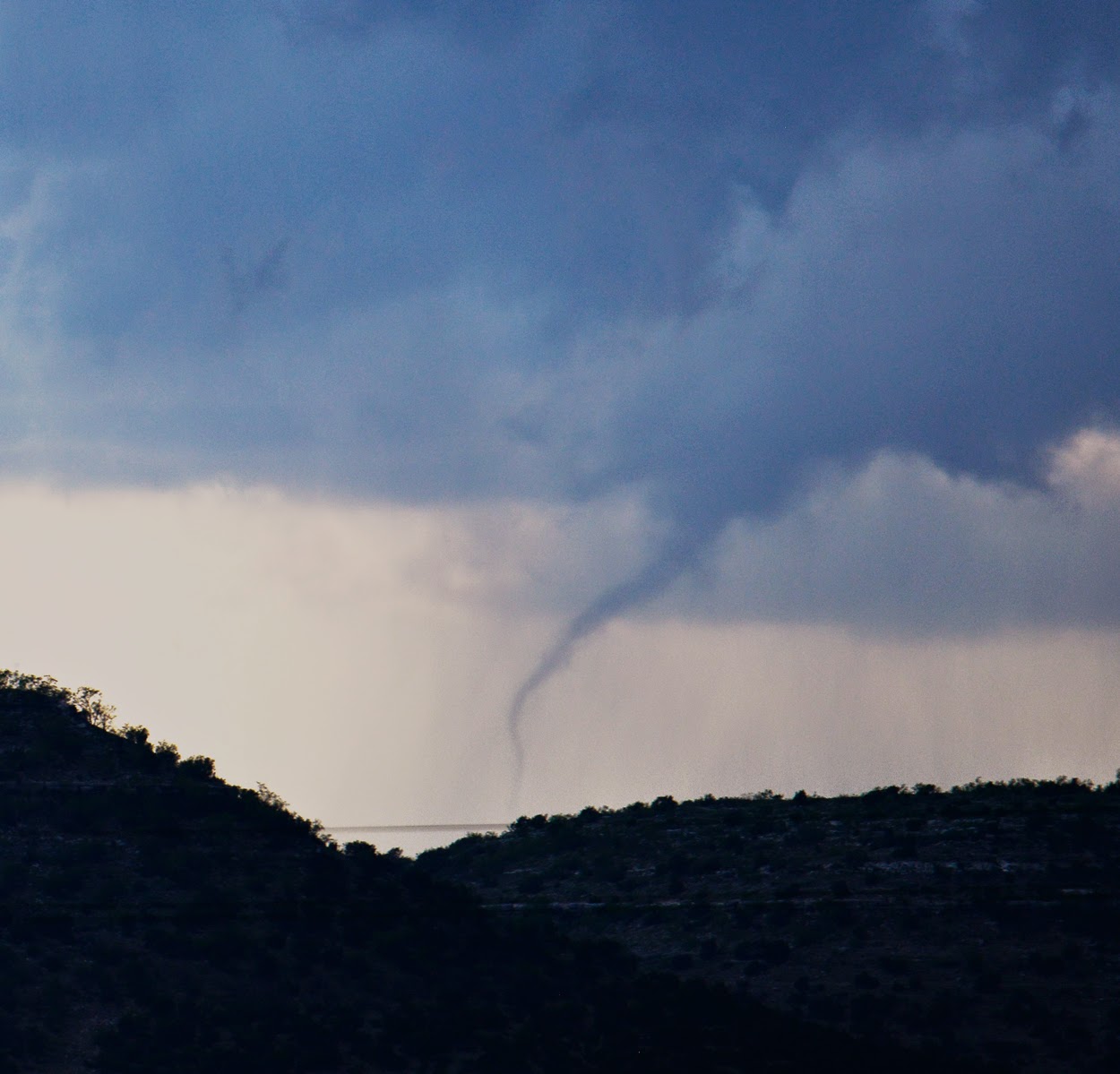 We left the initial supercell shortly after it had produced and attention was now drawn to a more Classic Looking Supercell down near Garden City further south, this storm had also recently gone tornado warned, we watched it for about 20 minutes and then headed east from Garden City towards Sterling City, along the way we witnessed tornado number 2 of the day and shortly afterwards a small rope tornado near Broome above picture. The Supercell was now taking on a more classic Stacked Plate look and shifting more towards the South East so we took the decision to book rooms in San Angelo and await the storms fury, it arrived just after we checked in and we grabbed a few beers and watched as the hail made impressive waves in the hotels outdoor swimming pool. A great chase day and some nice tornadoes for tour 2 at last on Day 6 of their tour. 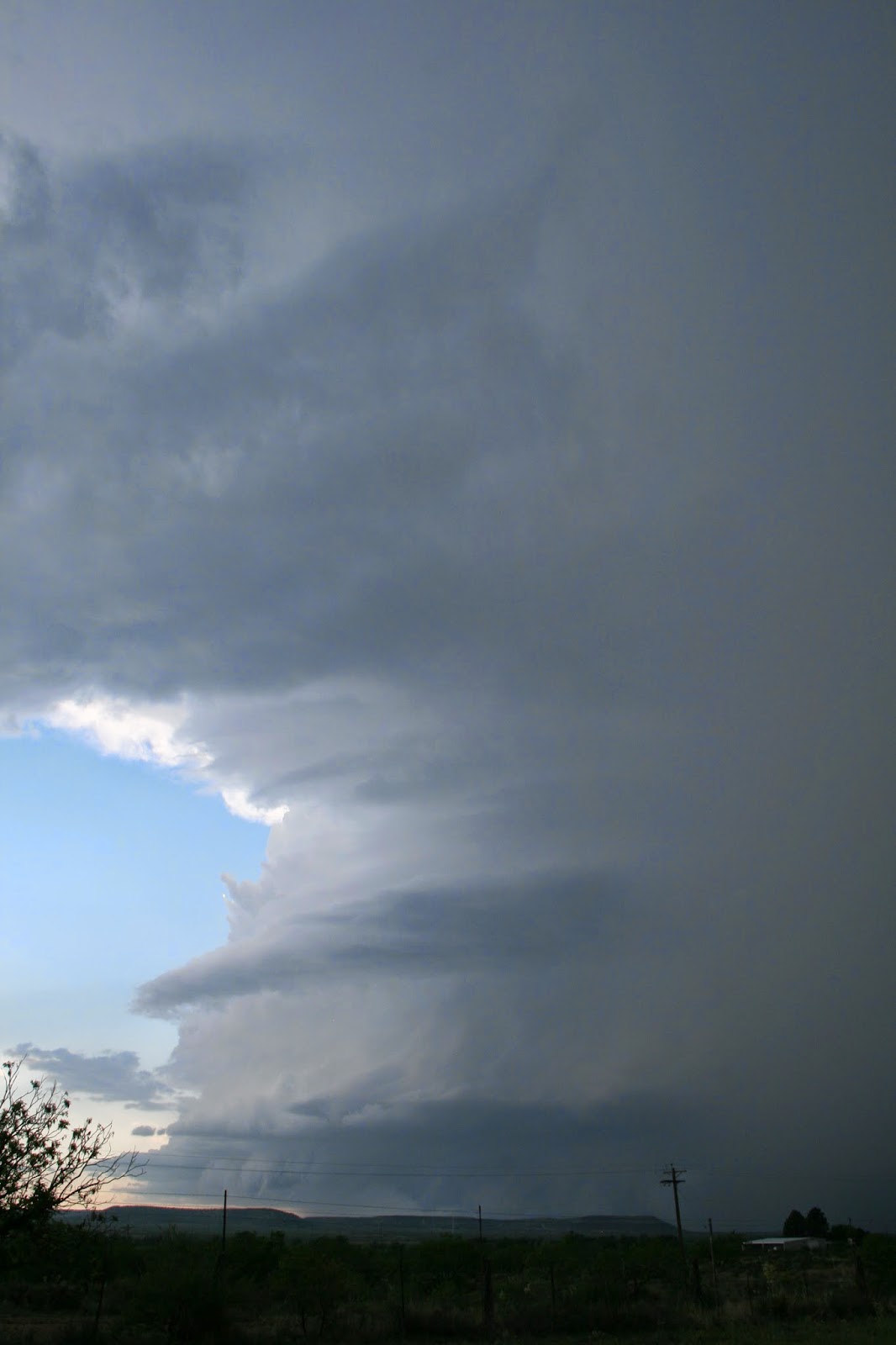