Last day of our 2014 chase season in the states and fittingly a local chase near the Denver area to finish us off nicely, this is why we switch the last hub airport further north and west away from DFW Later in the season. Started today in Sterling with a chase target nearly identical to mondays risk, so we headed west towards Greeley and it wasnt long before another Supercell erupted south-west of Cheyenne and meandered off the front range of the Rockies, the thing that was different today was the storms actually moved North-East when they should have been moving South-East in the North-West flow, so after watching some Cg lightning south of Cheyenne off we went Northwards to chase this little LP Supercell that was starting to spit our 2-3" Hailstones.

We took Highway 87 North -East towards Torrington and caught up with the cell from the west side running into numerous drifts of hail along the way, the biggest stones we found were 2.25" and had some pictures done with these, as it was getting later in the day some really nice hailbows were presenting themselves on the backside of the storm along with some hailfog.

The storm started to fade as diurnal heating was reducing so we headed back to stay the night at Cheyenne which had us perfectly placed for the 100 miles drive back to DIA The next day for the guys with early flights.

This was a nice end to the tour season and a record breaking one at that for me, with 27 Tornadoes and first time tornadoes in New Mexico and South Dakota as well.

Final picture from the 2014 Season 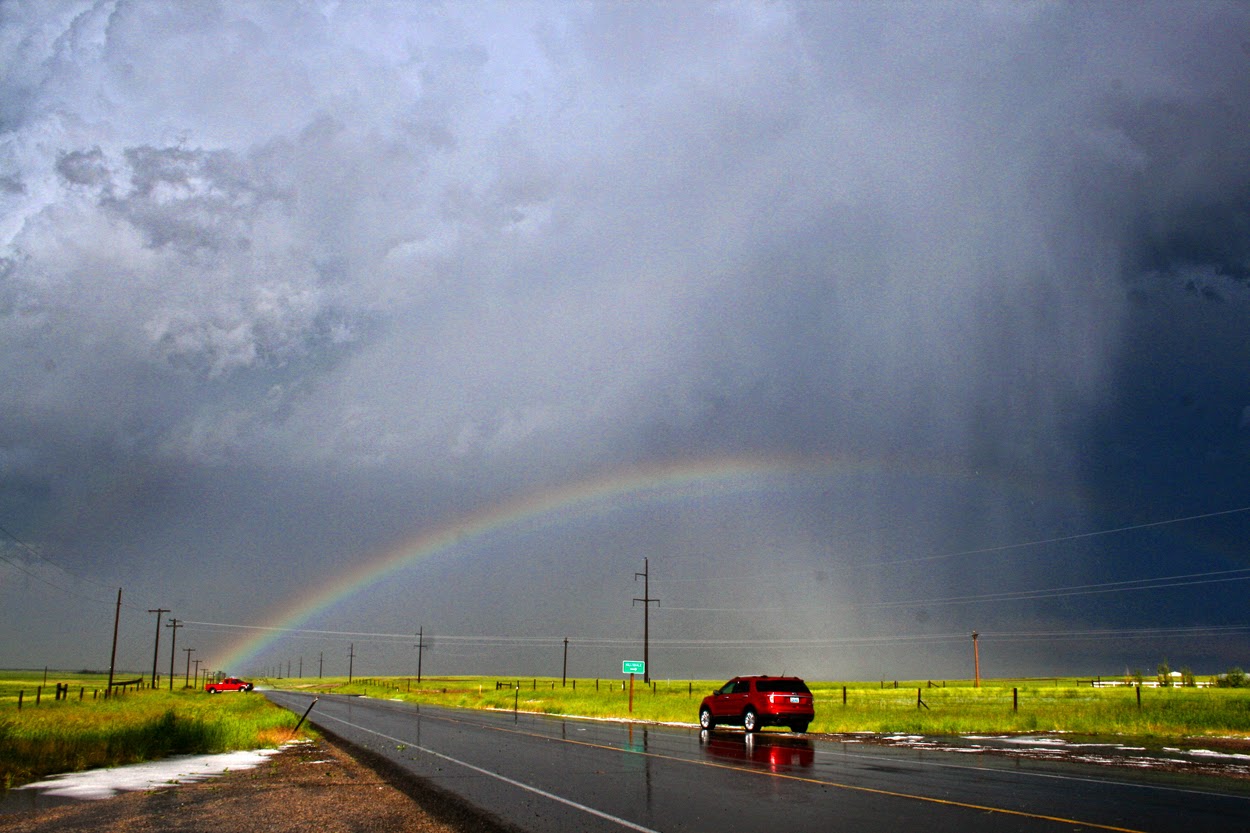