Todays risk was much more substantial than the day before with once again another dryline day in the offing, moisture was much better but temperatures were going to be high again which suggested High Based Supercells with mainly structure and large hail the main threats. After lunching at a nice mexican restaurant in Wichita Falls we got onto a nice storm moving north-east near Archer City, after noting this turning east just south of Wichita Falls we headed east to near Henrietta and were very happy with the structure on this Classic Supercell. At times the wall cloud looked like it was getting ready to do the business but rotation was very weak, a capping inversion further east was starting to affect our storms eastwards progress and we left it when it showed signs of weakening, another dryline storm further west was starting to get its act together and was now moving into much more favourable conditions as it moved into a better environment north of Wichita Falls, the Red River would now become a critical factor in our chase and we decided to head north and east to cross the river and await the now Tornado warned Supercell near Wakita, once again the structure on this was very nice with a Stacked Plate Supercell coming into view. No Tornadoes were produced by this storm but very large hail was being produced. We let it gust out over our heads and headed east to Ardmore for the evening knowing that we had to be at DFW Airport the next afternoon to welcome our guests for the start of Tour 1.

Some Pictures of 2 Very Beautiful Supercells and already contenders for Structure of the Year! 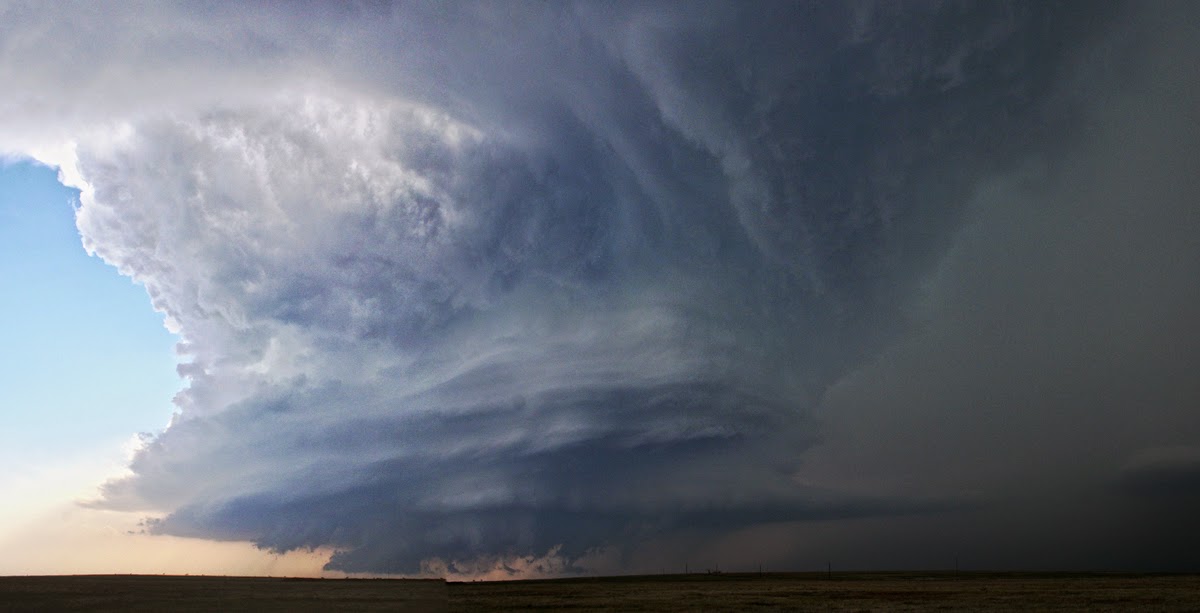 Above :- Classic Supercell near Henrietta (Texas)

Above :- Classic Supercell near Wakita (Oklahoma)
Posted by Paul at Wednesday, July 02, 2014